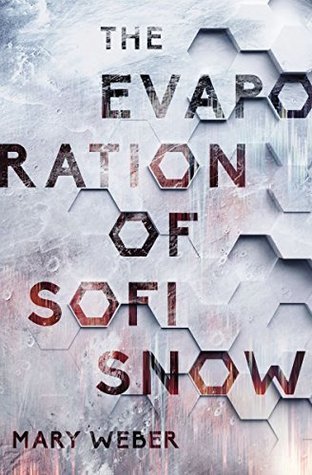 RELEASE DATE: June 6th, 2017
AUTHOR: Mary Weber
GENRE: Young-Adult, Sci-fi, Dystopia, Aliens.
PUBLISHER: Thomas Nelson
SUMMARY: Ever since the Delonese ice-planet arrived eleven years ago, Sofi s dreams have been vivid. Alien. In a system where Earth s corporations rule in place of governments and the humanoid race orbiting the moon are allies, her only constant has been her younger brother, Shilo. As an online gamer, Sofi battles behind the scenes of Earth s Fantasy Fighting arena where Shilo is forced to compete in a mix of real and virtual blood sport. But when a bomb takes out a quarter of the arena, Sofi s the only one who believes Shilo survived. She has dreams of him. And she s convinced he s been taken to the ice-planet.

Except no one but ambassadors are allowed there.

For Miguel Earth s charming young playboy the games are of a different sort. As Ambassador to the Delonese, his career has been built on trading secrets and seduction. Until the Fantasy Fight s bomb goes off. Now the tables have turned and he s a target for blackmail. The game is simple: Help the blackmailers, or lose more than anyone can fathom, or Earth can afford.

This is my first book by Mary Weber. She is pretty popular for her YA fantasy series storm siren trilogy which I’ve seen so many people loved it. The Evaporation of Sofi Snow is her new YA dystopian sci-fi series and I was very excited to read it when I saw its intriguing synopsis because I love reading sci-fi dystopian books especially the one’s that has aliens in it. After finishing this book, I was little bit disappointed that the story doesn’t live up to its premise. I enjoyed the story but I didn’t loved it. This story has an hunger games feel to it and most of the parts are pretty predictable. To be honest, it was an entertaining read but it failed to excite me and it didn’t bring anything new to me. But I still think it is worth a read because there are still some aspects that I loved in this book such as its amazing world building and the author’s captivating writing style.

The story is set in a futuristic world where earth is governed by 30 corporations after fourth world war took place eleven years ago and the delonese Ice planet has arrived. Seventeen Year old Sofi Snow has been having weird dreams since their arrival and now as a profession gamer behind the scenes, she helps her brother Shilo winning the earth’s Fantasy Fighting game, a virtually blood sport game. During a game, something goes wrong when one of the players attacks Shilo and a sudden explosion of a bomb takes place which destroys half of the arena. Luckily, Sofi survives but everyone believes that her brother is dead except for her because she saw her brother alive just before he was taken away by the Delonese Med. After her brother’s abduction, Sofi started to have visions of her brother and she believes that he was taken to the Ice Planet. In order to get back her brother from the Delonese, sofi needs to go to the Ice Planet but unfortunately, only ambassadors are allowed there. So, with no choice left Sofi has to ask help from Miguel, Delonese Ambassador and also the guy who broke her heart once. Miguel is not only an ambassador but also a charming playboy who uses seduction to trade secrets. But suddenly he starts to get blackmail messages threatening to  reveal his secret that’ll jeopardize his reputation and his position forever, if he doesn’t do what they want. When Sofi appears before him asking for his help, Miguel agrees to it despite knowing the consequences. At the Ice planet, they discover some shocking things about their neighbor planet and also all the secrets they’ve been hiding from humans.

I really enjoyed Sofi’s character in this book but she isn’t my favorite either. She’s smart, sassy, stubborn and fun. The one thing that I didn’t liked about her character is her sleeping around with guys she’s attracted to and when I finally learned the major reason behind this behavior, I thought it was pretty stupid. I can’t reveal the reason because It’s a spoiler for why Sofi hates Miguel but it’s pretty easy to guess. Miguel is a swoon worthy character with his rainbow hair, tattooed body, handsome looks and a sexy smile. Honestly, I didn’t find him that much alluring but I did enjoyed his character and I’m certain the other readers might love him more than I did. The romance seemed Okay-ish but I didn’t enjoy it as much as I thought I would. Sofi and Miguel already has a history together and Miguel trying to make up with her seemed so cliched. There is no tension or sparks between them and I’m glad the romance isn’t the central focus of this story. I loved the sibling relationship between Shilo and Sofi. As for the supporting characters I liked Claudius and Miguel’s AI Vicero. Claudius is a fun character and I always enjoyed how he flirts with Vicero. Vicero aka Vic is a smart and intelligent AI who seems to have a crush on Claudius and she blushes whenever Claudius flirts with her. I really wish I could have an AI like that.

The plot is good but I wish it wasn’t so predictable. It is a fast paced story filled with action and intrigue. As a huge reader of dystopian alien novels, I found this book a decent enough to enjoy but nothing amazing enough to blew your mind away. The twist at the end is quite predictable I really don’t understand why the author has put it as a cliffhanger at the end because I saw it coming from the start. It would be great if there was more info on how the 30 corporations are formed and how the ambassadors are chosen. The whole story is told in third person dual POV. I loved the beautiful writing style of the author. It’s one the best aspects I loved in this book. The world building is the major highlight of this book. The world the author has created is definitely a Disney land or a paradise for all the techs and geeks. This world is filled with so many tech toys, virtual games and smart AI’s. I quite enjoyed exploring this world.

Overall, it was a good sci-fi read! Readers who are new to this genre will definitely enjoy it more than I did. Besides the aliens invasion thingy, this book also focuses on Sibling relationship, human trafficking, politics, parent-child relationship and a light romance.

Despite my issues, I would definitely recommend this book to all the sci-fi lovers because you might enjoy it more than I did. This book is worth a shot!