Hello guys! Welcome back to another weekly manga recommendation. Today I bring you another kickass manhwa titled Red lion by Young Sun Kim.

Hello guys! Welcome back to another weekly manga recommendation. Well, this week’s recommendation is Tsuki No Shippo also known as Tail Of The Moon written by Rinko Ueda.

Hello there! Welcome back to another weekly manga recommendation. Today I’m back with another manhwa[Korean Comics] recommendation written by Hwang Mi Ri.

Hello there! Welcome back to another weekly manga recommendation. Today’s recommendation is another famous manga titled Special A which was written By Maki Minami. This Hit manga was also adapted into anime with the same title.

AUTHOR: Minami Maki
NO.OF VOLUMES:  17 Volumes
STATUS: Completed
GENRE: Shoujo, Comedy, Drama, Romance, School Life.
SYNOPSIS: Her whole life, Hikari Hanazono has been consumed with the desire to win against her school rival, Kei Takishima–at anything. He always comes out on top no matter what he does, and Hikari is determined to do whatever it takes to beat this guy!

At age 6 Hikari lost to Kei in an impromptu wrestling match. Now, at 15, Hikari joins “Special A,” a group of the top seven students at a private academy, for the opportunity to trounce the guy who made her suffer her first defeat. However, Kei’s feelings towards Hikari are different.

MY OPINION:
Special-A is a popular hit manga and also one of my all time favorite manga. One of the best aspect of this manga is the outrageous humor in it, it’s uniqueness and also the love/hate relationship between the main protagonists. Hikari is a strong character who’s quite determined to defeat her rival Kei who always comes at top in her school and her always the second. Kei is kinda sweet and fun guy who has feelings for Hikari which she wasn’t aware of and to get her attention he always likes to taunt her being the second best and often challenges her. It’s an amazing manga and I really loved the relationship between Kei and Hikari. As for the art, it was quite good. Overall, it’s a cute, romantic and hilarious manga that must be read by everyone.

Hello there! Welcome back to another weekly manga recommendation. Today, I’m here with another great recommendation titled Tokyo Crazy Paradise by Nakamura Yoshiki. Nakamura Yoshiki is the same author who  wrote the popular hit manga named Skip Beat. TCP is awesome manga with amazing plot  filled with lots of action, romance and Comedy, and it also has great characters too. It was set in futuristic japan and got all the kick ass Yakuza action and romance that will captivate you. Tsukusa is a head strong and stubborn girl that you’ll definitely like her. As for Ryuji, he possesses both deadly and charming personality that was totally swoon worthy. If you love reading stories with kick-ass protagonist then I’ll highly recommend you to read this.

AUTHOR: Nakamura Yoshiki
NO.OF VOLUMES:  19 Volumes
STATUS: Completed
GENRE: Shoujo, Sci-fi, Action, Martial-Arts, Romance, Comedy, Gender-Bender.
SUMMARY: It’s the year 2020 AD, and Tokyo is a city infested with crime. Women can no longer go out in the streets alone without being victimized. Not wanting their daughter to suffer the same fate, Tsukasa Kozuki’s cop parents raise her as a boy. END_OF_DOCUMENT_TOKEN_TO_BE_REPLACED

Hello there! It’s been a while since I’ve recommended a Manga Comics.So, here I am with another  recommendation from my favorite author Hwang Mi-Ri. Sexy Simpleton is my all time favorite manhwa(Korean Comics) with beautiful art, characters and plot. It’s a delightful romantic story between a 20th century sassy model and 8th century arrogant prince.I highly recommend this to everyone who enjoy reading romantic stories filled with lots of humor, action and drama.

END_OF_DOCUMENT_TOKEN_TO_BE_REPLACED 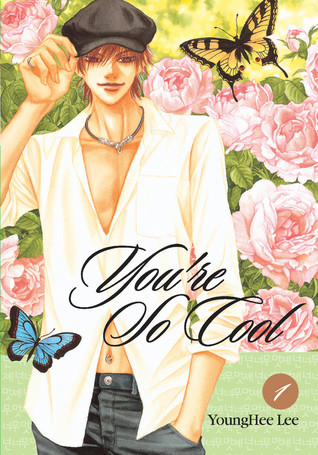 NO.OF VOLUMES: 6 Volumes
STATUS: Complete
GENRE: Shoujo,Romance,Comedy,School Life.
SUMMARY: Everyone dreams about Seung-Ha, the perfect prince, the shining star of the school. Chasing after the perfect prince is definitely not easy. For Nan-Woo, Seung-Ha was just a dream far, far away. However, sometimes dreams exist to come true! But when Nan-Woo’s dream comes true, it comes at an expensive price. Who knew the perfect prince was actually a big jerk?! 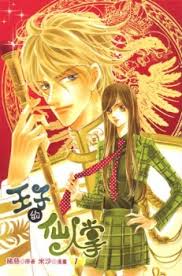