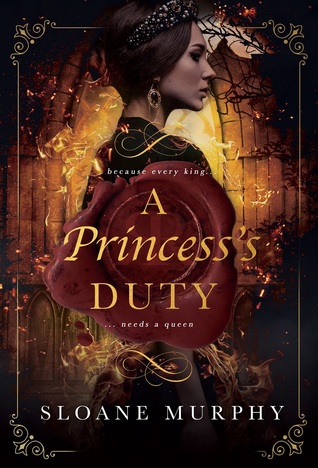 Emilia Daarke has wanted to escape the Summer Court her entire life. She’s not brutal like the other Fae. She’s not savage. But they are.

When the boy she loves, Cade Vasara, Crowned Prince of the Winter Court, kills Emilia’s twin, they are torn apart and Emilia’s love for Cade dies just like her sibling did.

Years later, she has fallen in love with a hunter – a forbidden love that goes against all that she has been taught. A man her father will never approve of. When her secret is outed, her father captures her Hunter and gives Emilia an ultimatum.

If she succeeds, she’ll lose the one she loves. But if she fails, he will die, and she will never be able to forgive herself…

First of all, I really loved that cover. It was the first thing that grabbed my attention and the synopsis had me sold because I’m  total sucker for dark fae romances. Well, this book has great potential but it fell short in execution. I really want to love it but it has flaws that I couldn’t ignore. It felt like it was written in a rush.  The plot was underdeveloped, the romance seemed rushed, and the modern accents in a fantasy book was a bit turn off. This is a fae novel but I didn’t get that magical experience. It felt like a historical read set in medieval times. It was kind of disappointing because I really loved the overall concept. And the main lead Emilia Daarke, I’m not great fan of her but I don’t hate her either.

Emilia Daare is the princess of the Summer Court but unlike her fellow fae folks she wasn’t savage, brutal, and cruel. She has a crush on Cade Vassara, Crown Prince of Winter court. When Emilia and her brothers were invited for a party in winter Court, she is reluctant to attend the barbaric party filled with bloodshed and violence. Emilia has a twin brother named Edimere who’s total opposite of her soft personality. When Cade kills him, she gets totally devastated by his death and her love for Cade dies on that day. Several years later, she falls in love with a hunter, a being who’s seen beneath her kind because they’re part demon and part fae. When Emilia’s father discovers her secret relationship with the hunter, he gets furious. He captures the hunter and throws him into the dungeons. He blackmails Emilia that he’ll kill her lover if she doesn’t agree to fulfill the treaty between the winter court and summer court where she has to marry her brother’s killer Cade. To save her lover and her kingdom, Emilia agrees to his will, but when she arrives at winter court surprise awaits her.

The heroine in this book is not my favorite protagonist. I liked Emilia at the beginning, but as the story progressed, I was bothered with some of her decisions. How can she change her affections from one guy to another  so quickly? It seemed  wrong and I felt bad for the other guy. The romance was poorly developed. I wish there was more interactions between Cade and Emilia. Their relationship felt very rushed. Cade seemed like a cold hearted guy but he wasn’t cruel and sadistic like his father King Adriel. I absolutely hated him. He was pretty sick and cunning. He loves being in power and wants his sons to be ruthless like him. I really liked Cade’s younger brother Rowan. He is the odd one out in his family. He’s soft and friendly unlike his brother. He cares for Emilia and looks after her well being during her stay at the winter court.

The plot was pretty good but the execution was average. It was a little bit messy. The pacing was super fast. I wanted the pace to slow down a little so I could connect with the story and the characters cause everything was happening so fast.  There were so many things that was left out unexplained like the hunters background and also the sudden change in Emilia’s parents behavior after her brother’s death. The twists were good but the major twist at the end  I saw that one coming. This book has some mature themes not suitable for younger readers. The writing was okay but I didn’t liked the modern american accent in a fantasy novel, It’s always a bit turn off for me because I find them distracting. The book was mostly told in Emilia’s first person POV but we also get a few chapters told in Cade’s POV. The world building was somewhat lacking in this book which is kind of disappointing because it’s the first thing I always look forward to in a fantasy novel.

Overall, It was an okay-ish read! Despite all the flaws, I was able to finish it because it does have a gripping story-line. Even though it wasn’t my favorite read, I will read the next book when it comes out because I want to know what’s gonna happen next.

If you want to check out this book then definitely give it a shot but don’t expect it to blow your mind away.