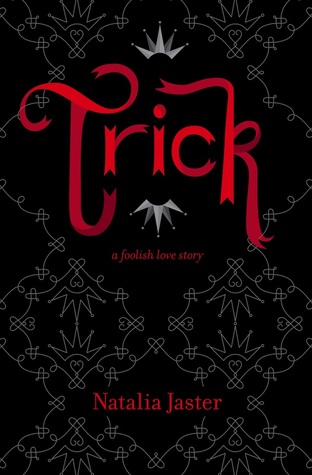 There is a rule amongst his kind: A jester doesn’t lie.

In the Kingdom of Spring, Poet is renowned. He’s young and pretty, a lover of men and women. He performs for the court, kisses like a scoundrel, and mocks with a silver tongue.

Yet allow him this: It’s only the most cunning, most manipulative soul who can play the fool.

For Poet guards a secret.

One the Crown would shackle him for. One that he’ll risk everything to protect.

Alas, it will take more than clever words to deceive Princess Briar.

Convinced that he’s juggling lies as well as verse, this righteous nuisance of a girl is determined to expose him.

But not all falsehoods are fiendish. Poet’s secret is delicate, binding the jester to the princess in an unlikely alliance—and kindling a breathless attraction, as alluring as it is forbidden.

“The greatest courage a person can have is to love another, for there are only two outcomes. Either the love lasts, and our lives are compromised, or it doesn’t, and our lives are emptied. Either way, we suffer more than we celebrate. I’ve enjoyed suffering with you. We are a tale for campfires. That is all. That is everything.”

I’m a huge fan of NA fantasy romance and I can’t believe this book had slipped past my radar. After reading Chelsea’s @starcrossedbookblog wonderful review on this book, I totally wanted to drop everything I’m reading and pick this up. I’ve never read a book with Jesters, but the premise of this book quite intrigued me and trust me, it was so good. I didn’t expect to enjoy it as much as I did. I loved everything such as the intriguing characters, unique plot, lyrical writing, interesting setting, and the hot romance. Another good thing about this book was that it is a stand-alone novel. It was actually my first Natalia Jaster’s book and I can safely say that it won’t be my last. She has a great story telling skills and her writing was just beautiful.

“I’m the finest jest you’ll ever know. If you irritate me, I’ll best you with words, for swords are the toys of knights, whilst I use more creative weapons.”

In the Kingdom of Spring, Poet is the renowned jester who’s pretty, young, kisses like a scoundrel, and mocks with a silver tongue. All the men and women are enamored of him.  He might be a court’s fool, but he’s quite smart, cunning, and manipulative. Besides performing in the court, he also acts as an adviser to their king and Queen. He’s admired by many and lives a lavish life, but he’s  guarding a secret that could turn his life upside down. In the court, no one can outsmart him until he meets Briar, the righteous Princess of Autumn Kingdom who likes to challenge him in every way possible. She isn’t smitten by him like all the other ladies and she’s determined to expose his lies and deceit. When Briar discovers the secret he’s been hiding, she finally sees the real him under the facade. To protect his secret, they both form an unlikely alliance which soon turns into a forbidden attraction that can ruin them because fraternizing or any relationships between people of different classes is totally forbidden in their world.

“And I don’t care what you think, either. I have better things to do and not a pinch to be ashamed of. I am who I am. If that’s not enough, too bad. Judge me, if you wish. But show me respect.”

This book has pretty good main characters. They’re both flawed and complex, and I absolutely loved  them. Poet(19) has an intriguing personality. He’s smart, cunning, and sexy but he also has another side of him who is caring, sweet, fun, loyal, and protective. Did I mentioned that he’s a Bi? I really quite enjoyed his character in this book and also his adorable pet named Tumble. I loved him even more when his secret was finally revealed. Briar(17) is a strong character. She’s brave, stubborn, and righteous.  I enjoyed her character growth throughout. When Briar was a young girl, She used to be feisty, free, and wild but her father’s tragic death has changed her into someone guarded and distant, Poet tries to bring out that girl hidden inside her. I also liked Briar’s best friend Eliot who’s a minstrel in the court. He’s actually gay and like everyone else he’s also smitten by Poet. I enjoyed the friendship between Briar and Eliot, it’s kinda cute.

“Broken hearts made faults and fools of us all.”

The hate to love romance between Briar and Poet is definitely my favorite part in this book. They have opposite personalities but together they’re perfect. I absolutely enjoyed their banters. They always try to push each others buttons and sparks fly between them every time they clashed. They hate each other at the beginning, but as they learn more about each other feelings starts to grow between them. They both try to deny their attraction, but eventually they give in. Their romance was angsty, steamy, sexy, hot and definitely not for young adults.

“A fool is a man who believes glory can be found at the tip of a sword instead of on the tip of his tongue. That is life’s cruel trick.”

The plot was very entertaining, addicting and so unique. The story was so riveting and I enjoyed every minute of it. The book was told in first person dual POV. The pacing was perfect and there is never a dull moment. I loved the the author’s writing style, it was poetic, sensual and compelling. I liked the diverse aspects in this book. Same Sex relationships are pretty much common in this world and there are some LGBTQ characters in this book. The plot mostly centers around the romance between Briar and Poet, but it also focuses on mental disabilities. In this world, Children who’re born with mental disability are called Fools and they become property of the monarch. They’re either used for entertainment or labor. The world the author build was very fascinating. It’s a perfect medieval setting with a realistic feel to it. There are acutally four kingdoms in this world Autumn(Mista), Spring(Whimtany), Winter(Iradis), and Summer(Perilyn).

“A fool is a man who sees his worth in a mirror, in the faces of a crowd, but is blind to it elsewhere. Where it most counts: in the eyes of those he loves and who love him. Don’t insult yourself that way.”

Overall, I loved this book and its representation! It’s a perfect NA fantasy romance with a fairy tale vibe. This book is not only a love story but it also tells an important message to the readers. The story wrapped up pretty nicely at the end with a perfect ending. Now I can’t wait to check out the next book in this stand-alone series.

I highly recommend this book to everyone who loves New Adult Fantasy romance. Because of the sexual content this book is recommended to readers 17 and older.

“If I couldn’t handle the
likes of you, I wouldn’t be standing here.”

Our argument thrived in this setting, with the crickets strumming and the pan flute swirling through the gardens. I’d promised myself that I would never lay my hands on a Royal, but in this nook of dahlias and pride, I changed my fucking mind.

“Oh, Sweet Thorn. That’s because you’re not standing close enough,” I said, stroking my thumb down her arm.

She sucked in a breath—and then leaned in, brushing her sleeve against mine. Every whiff of Autumn, sturdy things and fallen things, chipped away at my confidence.

“How is this?” she challenged in a whisper.

Applause. Because sometime between last night’s hall and this night’s garden, she’d found her nerve. And I’d lost mine.