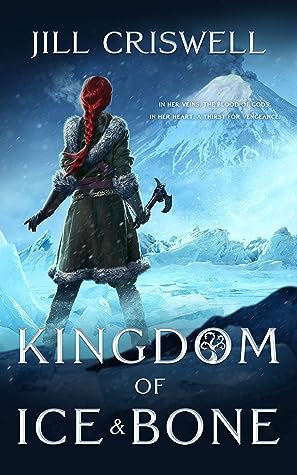 Lira and Reyker have lost everything. Including each other.

Lira of Stone watched her home burn and her clan fall beneath the sword of the warlord known as the Dragon. She believes the man she loves, a warrior who defected from the Dragon s army, is dead. Alongside her exiled brother and his band of refugees, she will fight the forces that conquered her island. But the greatest danger may come from Lira herself with the blood of banished gods running through her veins, she s become a weapon, and no one is safe from the power of her wrath.

Reyker Lagorsson thought he was done being a Dragonman. That was before he saw Lira leap from a cliff and vanish into the sea. Determined to honor her memory by protecting her people, Reyker must feign loyalty to the warlord, undermine him at every turn, and seek alliances with renegade soldiers without succumbing to the battle-madness that threatens to possess him once more.

When the Fallen Ones offer Lira a chance to defeat the Dragon, her quest leads her to a place she never expected Iseneld, the warlord s homeland. Her journey into the heart of the Frozen Sun will put her on a collision course with Reyker, costing both of them more than they ever imagined, and leaving her with a terrible choice: to save their countries, she must forsake everything she loves.

Kingdom of Frozen Sun is the second book in the Frozen Sun saga. This sequel was exciting yet frustrating as hell. The romance was heart wrenching. The author took star crossed lovers to another level. Nonetheless, I really had great time reading it. So many aspects were explained in depth in this sequel such as the characters backstories, the world, and the magic. So you’ll not find much action, but you’re still going to love it.

After the events in the first book, Lira and Reykar find themselves on the opposite sides. They’re both unaware of each other still being alive and tries to mourn for their loss. Alongside her exiled brother and his band of refugees, Lira fights with the forces that conquered her island. On the other side, Reykar once again becomes the dragonman and he must feign loyalty to the warlord aka the draki. While fighting the battle madness, he tries to help Lira’s people by joining with the renegade soldiers. When both of their paths collide, they desperately try to find a way back to each other.

Lira grows more mature and powerful in this book. Even though she’s heart broken, she still stood strong and helped her people to fight against the Draki. Reykar is complex, and very intriguing. Even after getting captured by the dragon. He’s not given up hope and tries his best to defeat his brother. The character development of both of these characters were well done. The romance was emotional and heart wrenching. There’re so many obstacles between the main characters. The ending left me sad. Draki was an interesting addition to the plot. He’s kind of a morally grey type of character and an interesting villain. Even though he’s a bit dark and twisted, I really enjoyed his backstory. The secondary characters were also pretty good.

The plot was engaging throughout! The pace was perfect, and things get pretty intense in the last part. FYI Lira and Reykar doesn’t meet until the end of the book, and it killed me especially at the near miss scenes. There are so many surprising plot twists, and they kept me hooked till the end. The writing was pretty good. The story was shifted between Reykar and Lira’s POV. The world building was amazing. The book was set in Iseneld, Reykar’s hometown. I enjoyed the Icy landscape, the magic and the myth about the Fallen Gods.

Overall, It was a great read! Even though I was a little bit disappointed with the bittersweet ending, I can’t wait to know how the story unfolds in the next book.

I highly recommend this series if you’re looking for a YA fantasy series with enemies to lovers trope.