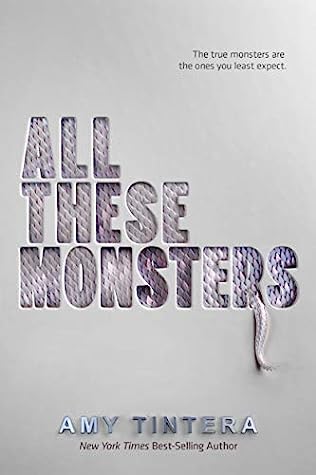 Seventeen-year-old Clara is ready to fight back. Fight back against her abusive father, fight back against the only life she’s ever known, and most of all, fight back against scrabs, the earth-dwelling monsters that are currently ravaging the world. So when an opportunity arises for Clara to join an international monster-fighting squad, she jumps at the chance.

When Clara starts training with her teammates, however, she realizes what fighting monsters really means: sore muscles, exhaustion, and worst of all, death. Scrabs are unpredictable, violent, and terrifying. But as Clara gains confidence in her battle skills, she starts to realize scrabs might not be the biggest evil. The true monsters are the ones you least expect.

I’m a huge fan of action packed Dystopian reads and this sounded very much promising. Well, this book was okay but it wasn’t as good as I thought it would be. The monster hunting aspect reminded me of pacific rim and starship troopers. I enjoyed the action parts but my main issues are that the plot was a bit predictable, and there’s an annoying triangle that stole some of my enjoyment. It would’ve been great if there’s unnecessary drama in the plot.

I honestly couldn’t connect with the characters. They felt a bit unrealistic. I really liked Clara’s character at the beginning. She ran away from home to avoid her abusive father and enlists herself into the international monster fighting squad. My interest dwindled when she starts an insta-romance with her young sponsor and later develops feelings for her squad leader. It was an unnecessary drama, but I’m glad that she had at least chosen the right guy in the end. The secondary characters weren’t fleshed out well enough. They’re honestly not memorable enough. I really wished there was a bit more focus on Clara’s relationship with her brother.

The concept was pretty good but the execution of the plot was above average. It would’ve been great if the story focused less on the romance and more on the monster action, friendship, and family relationships. Some of the major twists were predictable. It was easy to predict who’s the bad guy in the team from the start. I mean c’mon It was pretty obvious with how the person was missing every time the monster attacks occurred. It took some time for our mc to finally connect the dots. The writing was good though. I didn’t have any issue with it, but coming to the world building, It doesn’t have much of a dystopian feel to it except for the monster part. They’re a huge creepy things.

Overall, it was an okay-ish read! It’s a little disappointing that it didn’t work out for me. The story really has great potential but it needs some improvement. I hope the next book is much better than this one.

Just because it didn’t work out for me  it doesn’t mean it’ll not work out for anyone else. So, if you’re interested then give it a shot!