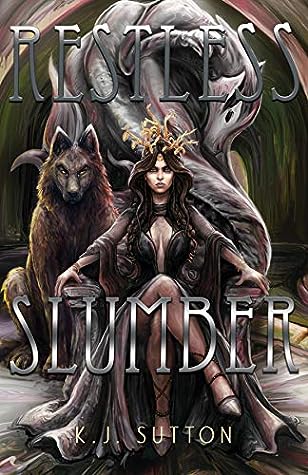 She has no idea how to balance her new responsibilities and who she used to be. There are hundreds of faeries in her head, her brother seems to have lost touch with reality, and a werewolf won’t leave her side. Maybe the utter lack of control is why her abilities seem to be changing, as well.

Then there’s Collith. Enigmatic, beautiful, and infuriating. Not only a king of the faeries she despises so much, but also her mate. His gentle pursuit causes confusion in her normally unwavering relationship with Oliver.

As a result of it all, Fortuna now finds herself surrounded by new enemies and ones from the past. The question isn’t whether she is strong enough to make change in such a corrupt court.

It’s whether she will survive long enough to do it.

*ARC received from the author in exchange for an honest review *

First of all, sorry for the late review. I’ve received this review copy when it was released in Feb and due to my busy life, I wasn’t able to review it sooner. Well, coming to the book Restless Slumber is the sequel to the Fortuna Sworn. It’s a new adult urban fantasy series that has twisted and wicked fae. I was looking forward to this sequel since I’ve finished the first book. I thought that I would love it even more than Fortuna Sworn, but sadly this left me with mixed feelings. It’s not a bad read. I did enjoyed the overall story but I just had few issues that made me not loving it completely.

Fortuna Sworn is a strong female protagonist. After the events in the first book, she became even more powerful and deadly but being crowned as the new unseelie queen brings her new responsibilities that she isn’t sure that she could handle.   She’s bound to every fae in the court and she can hear their every thoughts. I liked Fortuna’s dark power even though it has some downsides. Being an unseelie queen is not an easy task and she’s surrounded by many enemies who wants to kill her. I enjoyed her character but sometimes her actions frustrated me. Collith is a mysterious character who harbors many secrets. He tricked Fortuna into marrying him and even after everything happened I still don’t know whether he’s a trustworthy guy. And next we have another mysterious guy named Oliver who appears in Fortuna’s dreams. He has unrequited feelings for Fortuna and I really felt bad for this guy. His character really confused me. Is this guy really exists in real life or it’s just Fortuna’s imagination. Finally there’s Laurie, the seelie king who makes sudden appearance whenever Fortuna’s in trouble. He’s handsome, seductive, and cunning. He loves flirting with her. I liked Lyari, the girl who hates fortuna and also the werewolf bodyguard who’s very protective of her. I’m glad that he finally transformed into his human self. We finally meet his family in this book, and boy, it’s not a good reunion.

The plot was interesting filled with many twists and turns but I had two major issues. Firstly the book was a bit slower than I had expected. It might be not a great issue for some readers because I know a lot of people who loved it though, so my issues could be on my side. This is a clear case of it’s not you, it’s me. And secondly the love triangle or the love octagon thing. Fortuna is attracted to three guys in the book. Even though she’s faithful to her husband, she can’t help getting swooned by every beautiful fae. If this was a reverse harem novel, I really wouldn’t have an issue with that part. I’m currently rooting for Collith, but it might change if he turns out to be another douche. So far, I’m really enjoying the slow burn romance between him and Fortuna. Despite my issue with the pacing, I was still hooked on the plot till the end. There’re so many surprising twists and turns. The ending left me speechless. Wow, I didn’t see that coming. The author’s writing was addicting and I wish this was written in multiple POV’s. The world building was amazing. There are so many supernatural creatures in this world like werewolves, vampires, fae, demons, and witches etc.

Overall, I enjoyed it but I wouldn’t say it was my favorite. After that explosive ending, I can’t wait to know what happens next.

I would definitely recommend this series if you love Urban Fantasy, and wicked fae.