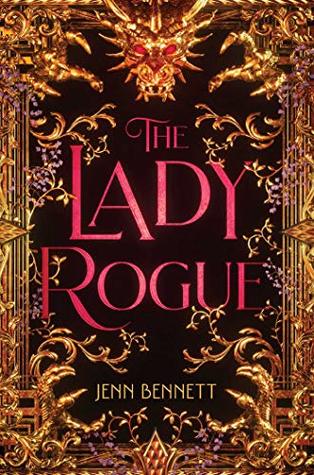 Traveling with her treasure-hunting father has always been a dream for Theodora. She’s read every book in his library, has an impressive knowledge of the world’s most sought-after relics, and has all the ambition in the world. What she doesn’t have is her father’s permission. That honor goes to her father’s nineteen-year-old protégé—and once-upon-a-time love of Theodora’s life—Huck Gallagher, while Theodora is left to sit alone in her hotel in Istanbul.

Until Huck arrives from an expedition without her father and enlists Theodora’s help in rescuing him. Armed with her father’s travel journal, the reluctant duo learns that her father had been digging up information on a legendary and magical ring that once belonged to Vlad the Impaler—more widely known as Dracula—and that it just might be the key to finding him.

Journeying into Romania, Theodora and Huck embark on a captivating adventure through Gothic villages and dark castles in the misty Carpathian Mountains to recover the notorious ring. But they aren’t the only ones who are searching for it. A secretive and dangerous occult society with a powerful link to Vlad the Impaler himself is hunting for it, too. And they will go to any lengths—including murder—to possess it.

I loved Jenn Bennett’s YA contemporary novels like Alex Approximately, and Starry Eyes. When I heard that she’s writing a YA Historical fantasy novel, I knew that I had to read it. Lady Rogue was surely an entertaining read with fun characters but the rushed ending kind of disappointed me a little. Nevertheless, It was a good read. I loved the mystery surrounding vlad the Impaler’s ring, the world building, and the fun characters.

Theodora’s father Richard Fox is a treasure hunter who constantly moved from one place to another. Her dream was to go on adventures with her father and solving mysteries. She acquired all the knowledge on the world’s most sought after relics from libraries, but her father never taken her as his protege instead he took her ex-lover Huck Gallagher, who broke her heart. She’s currently staying  in Istanbul waiting for her father’s return from his expedition. She begins to worry, when he doesn’t arrive. When Theo finds Huck in her bedroom asking for her help in finding his missing father, they both travel to Romania searching for answers. Using her father’s journal, they both search for the magical war ring of Vlad The Impaler. They discover that some secret occult is also searching for the ring and they will go to any length to possess it. In order to save her father, Theo needs to find the ring before the enemies gets their hands on it.

Theo is smart, brave, witty, and very much stubborn. I quite enjoyed her character in this book. She’s pretty much obsessed with crossword puzzles. She’s much smarter than her father in deciphering codes. She’ll do anything to protect her loved ones. On the other hand we have Huck Gallagher, who’s totally fun and sarcastic. I enjoyed the clashes between him and Theo. It’s been a year since they’ve seen each other, but they still got feelings for each other. It’s a second chance romance. Despite the hate, I liked how they worked together to solve the mystery surrounding the ring. The secondary characters didn’t grab my interest except for the guy with the wolf.

The Plot was engaging filled with adventure, mystery, and romance. If you’re wondering romance isn’t the central focus of the book. The characters barely have time to focus on their lost feelings. From the start till the end, it was a non-stop ride. They embark on a captivating adventure through Gothic villages and dark castles in the misty Carpathian Mountains while getting chased by their enemies. Some of the parts were predictable, but it’s okay. The author’s writing was great. The entire book was written in Theo’s POV. The world building was amazing. It looks like the author has done a lot of research while writing this book. I really loved exploring all these wonderful places in Turkey and Romania.

Overall, it was an enjoyable read! Even though it’s not my favorite, I enjoyed every part of it.  It’s currently a stand-alone novel but I would love to see more of Theodora and Huck’s adventures.

I definitely recommend this book if you’re looking for YA historical fantasy books with treasure hunt themes.

12 thoughts on “The Lady Rogue By Jenn Bennett [Review]”