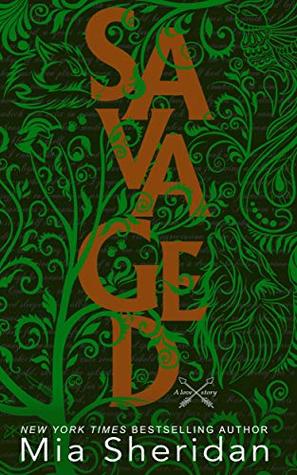 When wilderness guide, Harper Ward, is summoned to the small town sheriff’s office in Helena Springs, Montana, to provide assistance on a case, she is shocked to find that their only suspect in the double murder investigation is a man described as a savage.

But the longer she watches the man known only as Lucas, on the station surveillance camera, the more intrigued she becomes. He certainly looks primitive with his unkempt appearance and animal skin attire, but she also sees intelligence in his eyes, sensitivity in his expression. Who is he? And how is it possible that he’s lived alone in the forest since he was a small child?

As secrets begin to emerge, Harper is thrust into something bigger and more diabolical than she ever could have imagined. And standing right at the center of it all, is Lucas. But is he truly the wild man he appears to be? A cold blooded killer? An innocent victim? Or a perplexing mix of all three?

Harper must find out the answers to these questions because the more time she spends with him, the more she risks losing her heart.

Savaged is Mia Sheridan’s new romantic suspense thriller. It was my second book by Mia Sheridan and once again she didn’t disappoint me. Mia’s books are fun to read. She never fails to keep the readers engaged to the story throughout. I really like some suspense and mystery in my contemporary romance and I quite enjoyed this book. So, why  didn’t I give it a 5 star rating? Well, although I loved this book, I need to be honest that some scenes felt dragged and the mystery was partially predictable but not the major ones. To avoid giving away any spoilers, I’m going to skip writing the summary part and directly jump into the characters.

The characters were pretty good and well developed. I really liked the main characters Harper and Lucas. Together they’re somewhat adorable. Harper was an orphan who lived a lonely life after her parents death and she currently works as a wilderness guide. She’s a strong girl and a survivor who has gone through so much. Lucas is a bit aloof and wild with a strong muscular body. He lived alone in the forest since he was a child, so he doesn’t know anything about socializing and has a hard time communicating with others. He’s a modern day Tarzan. He might be naive about the outer world but he’s not dumb. His survival skills were amazing and he’s the prime suspect in the double murder investigation. Coming to the romance part, it was sweet and adorable. Lucas and Harper are both attracted to each other since the first meet. You can say it was pretty much an insta-love.  I usually hate insta-love, but this one didn’t bother me much. I actually enjoyed their relationship and how they connected with each other. The secondary characters were also nice. The sheriff Mark Gallagher played an important role too. He’s the one leading the murder investigation. He brought more suspense to the plot.

The plot was engaging filled with mystery, suspense and romance. The pacing was overall good, but It did slowed down in some places. It’s a 500+ long book and I wish it was a bit shorter. This book was filled with so many twists and turns. While some of them were quite predictable, some really surprised me especially the ending. The author’s writing was addicting. The whole book was written in multiple third person pov. The plot was shifted between the past and the present. The setting was also nice. I liked the small town and the wintery forest setting.

Overall, it was a good read! The last part was pretty intense and the ending was partially satisfying for me because it left me wanting for more. I wish there was part two. Anyways, I can’t wait to check out Mia’s other books. I want to pick up Midnight Lily next? Has anyone read it yet? If so, please share your thoughts in the comments below.

I recommend this book if you’re into Contemporary Romances packed with crime, mystery, and suspense.