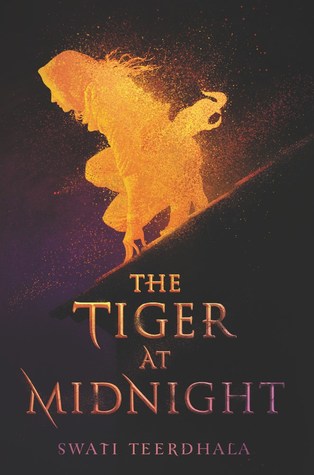 A broken bond. A dying land. A cat-and-mouse game that can only end in bloodshed.

Esha lost everything in the royal coup—and as the legendary rebel known as the Viper, she’s made the guilty pay. Now she’s been tasked with her most important mission to date: taking down the ruthless General Hotha.

Kunal has been a soldier since childhood. His uncle, the general, has ensured that Kunal never strays from the path—even as a part of Kunal longs to join the outside world, which has only been growing more volatile.

When Esha and Kunal’s paths cross one fated night, an impossible chain of events unfolds. Both the Viper and the soldier think they’re calling the shots, but they’re not the only players moving the pieces.

As the bonds that hold their land in order break down and the sins of the past meet the promise of a new future, both the soldier and the rebel must decide where their loyalties lie: with the lives they’ve killed to hold on to or with the love that’s made them dream of something more.

“Never greet a tiger at midnight, for they are the manifestations of your past misdeeds.”

The Tiger at Midnight was an entertaining debut fantasy inspired by an ancient Indian History. It was a story filled with conspiracies, forbidden romance, and a dash of magic. Honestly, I wouldn’t have picked this up if it wasn’t for the hype surrounding this book. I love a good enemies to lovers story with a cat and mouse chase and I really had fun reading this book, but I wouldn’t say it was a perfect read without any flaws. Although I liked this book, few aspects fell flat for me, but overall it was an enjoyable read.

The story follows Esha and Kunal who comes from opposite sides. Esha is a dharkan rebel and a deadly assassin named Viper. Her parents were killed in a royal coup led by a Dharkan prince. Her new target is the ruthless general Hotha of Jhansa. During the mission, her path cross with a Jhansan soldier named Kunal. Esha realizes that he’s not like other soldiers and she feels guilty about playing him. Kunal has been a soldier since childhood and his uncle general Hotha ensured that he never strayed away from his path but Kunal always longed for the outside world. When he meets a mysterious girl on a night, his fate changes forever. Hence begins the cat and mouse chase between a soldier and a rebel.

I really liked Esha! She’s a morally grey character who wants revenge for her parents murder but some part of her also yearns for a normal life that she couldn’t afford. She might be a deadly assassin but she isn’t a ruthless killer who kills innocent people. After meeting Kunal, there’s lot of inner turmoil in her but she couldn’t stray away from her path. Kunal was a pretty likable character. He’s good hearted, innocent, honest, loyal, caring, and sweet. He’s a soldier, but he wanted to become an artist. I don’t think anyone could hate this guy, he was totally unhateable. I enjoyed the forbidden romance between Kunal and Esha. They have a great chemistry. I really loved their banters, and their cat and mouse chase. The side characters were okay-ish. They’re not memorable enough for me.

This sure was an engaging read but the plot seemed a bit lacking to me which was the major issue I had with this book.  I really loved the romance. It would’ve been great if the author focused a bit more on the plot. The whole book was a cat and mouse chase between the main characters and things didn’t get interesting until we get to the end. And also some of the twists in the book were predictable for me. The pacing was good. The writing was great and loved the dual POV. The world building was nicely done. I really liked the beautiful imagery the author had set in this book. The magical aspect in this seemed very interesting. I hope we get more of it in the next book.

Despite issues, overall It was a good debut! Loved the characters and their growth, the world, and the romance. There’s a high possibility of triangle in the next book and I’m totally rooting for kunal. The book finally concludes with a minor cliffhanger and I’m excited to know what the author has in store for us next.