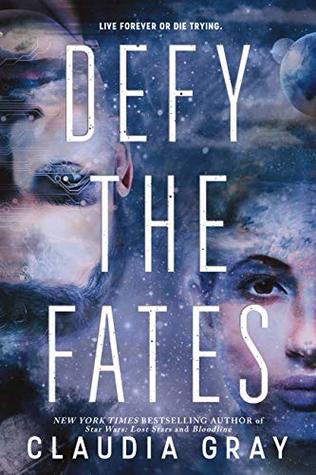 Abel only has one mission left that matters: save the life of Noemi Vidal. To do that, he not only has to escape the Genesis authorities, he also must face the one person in the galaxy who still has the means to destroy him. Burton Mansfield’s consciousness lives on, desperate for a home, and Abel’s own body is his last bargaining chip.

Alone in the universe.

Brought back from the brink of death, Noemi Vidal finds Abel has not only saved her life, but he’s made her into something else, something more. Not quite mech, yet not quite human any longer, Noemi must find her place in a universe where she is utterly unique, all while trying to create a world where anyone–even a mech–can be free.

The final battle between Earth and the colony planets is here, and there’s no lengths to which Earth won’t go to preserve its domination over all humanity. But together, the universe’s most advanced mech and its first human-mech hybrid might have the power to change the galaxy for good.

Happy Easter Everyone (if you celebrate)! I hope you all have a wonderful day!

Defy the fates is the final installment in Constellation trilogy. I’ve been looking forward to this book, since I’ve finished Defy the Worlds. Well, I actually thought I was going to love this epic finale, but sadly I was left with disappointment. I didn’t expect that this was going to be a three star read for me because I really liked the first two books in this series. There’s tons of action in this book but the plot development was average. The first 70 percent was dragged with lots of unnecessary action. I love Abel and Noemi relationship but sometimes their fight to be together seemed a bit over dramatic in this book.

The story continues where it was left off in Defy the Worlds. After Noemi seriously gets injured in Genesis, Abel is desperate to save her. He bargains with Burton Mansfield’s daughter Gillian who wants to resurrect her father by erasing Abel forever. When Noemi wakes up, she learns that she’s not only alive she was changed into something that the world had never seen. She’s a half mech and a half human. While trying to adjust with her new re-modified body, Noemi travels across the galaxy to save Abel and save the world.

I love Noemi Vidal! She’s a strong protagonist and I love her stubbornness and brave personality. I’ve been enjoying her character in this series from the start but my favorite was always Abel because I have a thing for AI’s with human emotions and soul. Abel broke one of his major directive commands to save Noemi. Although I love his character, I was kinda annoyed with his martyr spree in this book. He tries to sacrifice himself to save the world and Naomi a lot of times in this book. He was pretty much damsel in distress. I love the relationship between Abel and Noemi. I wish there was a bit more romance in this book because I was kinda fed up with the over-dramatic “starcrossed lovers kept apart by the outside sources”. As for the secondary characters, I loved Virginia Redbird, scientist of Cray. She was pretty fun, brave, and sassy character. I enjoyed her character in this book. There’s also Harriet and Zayan but honestly I didn’t care much about those two. Gillian Shearer and Burton Mansfield were seriously not great villains but they’re not too bad either. And also there’s no appearance of the famous Han Zhi, the hottest celebrity in the galaxy. Since the first book, Noemi and Virginia can’t help fangirling over his beauty. I thought we would finally get to meet him in this book, but sadly we don’t.

The plot was engaging filled with lots of action but the story progresses only in the second half. The first seventy percent is mostly running from the enemies across the galaxy and repetitive rescue missions which honestly felt like unnecessary filler to me. This series was actually supposed to be a duology. When I heard that there’s going to be another book in this series, I was really excited but after finishing this book, I thought that this would’ve been great if it was written as a duology. There’s a lot of twist and turns in this book. Except for the major ones, most of them were  easy to predict. The writing was pretty good. The book was written in dual POV’s. The world building was great. It’s one of the best aspects of this series. I wish I could explore more of this world especially Planet Kismet.

Overall, it was a enjoyable read but it didn’t meet my expectations. However, I’m glad that in the end everything wrapped up nicely with a happy ending. I’m definitely gonna miss ABEL and Noemi!  Anyways, I’ll look forward to the author’s next work.

I recommend this series if you’re into YA Sci-fi romance series filled with space action, adventure, and a dash of forbidden romance.