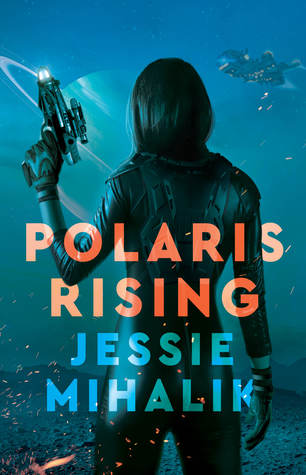 A space princess on the run and a notorious outlaw soldier become unlikely allies in this imaginative, sexy space opera adventure—the first in an exciting science fiction trilogy.

In the far distant future, the universe is officially ruled by the Royal Consortium, but the High Councillors, the heads of the three High Houses, wield the true power. As the fifth of six children, Ada von Hasenberg has no authority; her only value to her High House is as a pawn in a political marriage.

When her father arranges for her to wed a noble from House Rockhurst, a man she neither wants nor loves, Ada seizes control of her own destiny. The spirited princess flees before the betrothal ceremony and disappears among the stars.

Ada eluded her father’s forces for two years, but now her luck has run out. To ensure she cannot escape again, the fiery princess is thrown into a prison cell with Marcus Loch. Known as the Devil of Fornax

Zero, Loch is rumored to have killed his entire chain of command during the Fornax Rebellion, and the Consortium wants his head.

When the ship returning them to Earth is attacked by a battle cruiser from rival House Rockhurst, Ada realizes that if her jilted fiancé captures her, she’ll become a political prisoner and a liability to her House. Her only hope is to strike a deal with the dangerous fugitive: a fortune if he helps her escape.

But when you make a deal with an irresistibly attractive Devil, you may lose more than you bargained for . . .

Polaris Rising was an entertaining sci-fi read filled with action, adventure, and romance. I haven’t read Jessie Mihalik’s previous works but I really wanted to give this a shot because of its intriguing premise. So did it fully meet my expectations? Honestly, no but I did enjoyed the story. I loved the world building, the kickass heroine, and the plot. So why did I gave It a less than four stars? Well, my major issue with this book was the hero whom I’m not great fan of, but otherwise  it was a fun ride throughout.

Ada is a strong and fierce heroine who wouldn’t give up easily without a fight. She’s a space princess on the run. She flees from her house to escape an unwanted political wedding to a noble from the enemy house. There’s a huge bounty on her head since she had ran away from home. After two years she finally gets caught and then she meets her fellow cell mate the notorious Marcus Loch aka Devil of Fornex Zero who is rumored to have killed his entire chain of command during the Fornax Rebellion. Before her fiancé captures her and locks her forever, Ada offers a deal to Loch that he couldn’t resist. Okay, I really loved Ada but I’m not huge fan of the love interest. He’s actually not a bad character. It’s just I’m not fond of possessive alpha hero’s who grumbles, growls, and grunts a lot. If you like alpha hero’s in your romances then you’ll definitely enjoy this book a lot more than I did. The romance was steamy. At the beginning, there’s a lot of hate lust feelings going on between them but it soon develops into something more. The secondary characters were pretty nice. I really liked Veronica. She was sweet and caring. Rhy’s was a pretty fun character who likes taunting Loch. Richard, Ada’s Fiance was a total douché but I’m still curious to know his backstory.

The plot was fast paced, engaging, and entertaining throughout. From the first page I was immersed into the  story. Romance is the central focus of this book but it doesn’t overshadow the main story. There are some surprising twists and turns.  I loved the action and the adventure. Even though I didn’t enjoy Loch as a love interest, I did enjoyed him and Ada working together as a team. The writing was easy to understand. The entire book was told in Ada’s first person POV but I wish it also had Loch’s POV because It would’ve made easier to connect with his character. The world building and sci-fi elements were pretty good. I would love to explore more of this world.

Overall, I enjoyed this book but it’s not my favorite. So, will I pick up the next book in the series? Definitely! The next book is about Ada’s eldest sister Bianca and I  really want to read her story.

Do I recommend this book?
Yes

I recommend this book to readers who’re looking for an adult sci-fi romance with kick-ass heroine and an alpha hero.