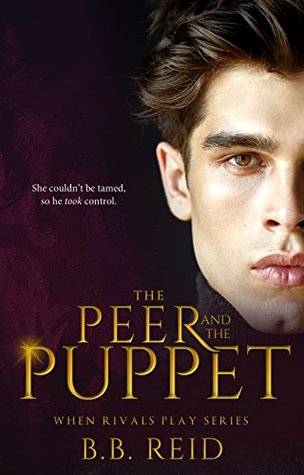 Borrow the bike. Win the race. Collect the cash. It should’ve been an easy job. Ran out of town with a broken leg and a lawsuit, my mother’s latest flame swoops in like a knight in gilded armor. Blackwood Keep is a place I don’t belong, and I’m not the only one who knows. To the boy across the hall, my savior’s only son, I’m a stray looking for a bone.

He’s lord of the manor.
King of the academy.
And number one on my shit list.

I have no intentions of becoming a happy family with the social climber and her wild daughter. A bottle of Jameson and a cracked skull gets my problem shipped to reform school, but I didn’t bank on her returning.

Four’s out to get even, and she almost had the perfect plan: expose the privileged kid moonlighting as a gangbanger. She’s smart, but she’ll have to be smarter. Sending her away won’t be good enough this time. I’m going to have to tame the little troublemaker. To the girl across the hall, the one without a name, I’m nothing without my silver spoon.

She’s lady of the trailer park.
Queen of the swamps.
And my new favorite pastime.

I don’t know how to describe my thoughts about this book. I enjoyed reading this story but at the same time I was quite frustrated with the characters. There’s a lot of messed up drama in this book. I was expecting something new but it’s nothing different from the other typical hate-to-love romances like paper princess. This book is definitely for the readers who likes sexy alpha males who’re complete jerks and A-holes. To be honest, I like Arrogant jerks but I’m not fan of the over dominating alpha males. The thing about B.B. Reid’s books are that I always end up hating the characters, but still I can’t stop myself from picking up the next book because they’re somewhat addicting.

Four Archer is a troublemaker since young. She loves everything about bikes. She works at a motor workshop owned by Gruff who’s more like a father figure to her. She secretly borrows bikes from his garage to participate in bike races to win and finally collect the cash but for her it’s really not about the money it’s about the adrenaline rush. One day, unfortunately she ends up with a broken leg and a lawsuit, but luckily she gets saved by her mother’s new rich billionaire boyfriend Thomas McNamara who’s owns a chain of 5 star hotels.  Soon Four and her mother moves to his mansion at the blackwood keep, a place she doesn’t belong. Ever McNamara, Thomas son isn’t happy with his father’s new gold digger girlfriend and her troublemaker daughter.  When Four and Ever meet, their feelings are mutual and they both want to stay out of each other’s lives. When Four becomes a trouble for him, he plans to get rid of her by sending her to a reform school, but after one year she comes back into his life seeking revenge. When Four discovers Ever’s secret identity as a gang-banger, she finally found something to get back at him. Ever realizes that sending Four away won’t be good enough this time, so he decides to tame the troublemaker and let her know who owns the game.

The characters Four and Ever really frustrated me. I don’t hate them but I don’t love them either. I expected Ever to be more tough but she was total putty when she’s close to Ever. She hates him but she was also attracted to his hot body which is so cliched. Ever is quite dominant, possessive and a total jerk to Four, he insults her and sometimes treats her like a doormat. He already has a girlfriend but Four can’t help lusting after him. Things become more messed up when we meet Ever’s cousin Jamie who has a thing for Ever’s girlfriend Barbie short for Barbette. I wasn’t really expecting a love quadrangle in this book so do expect a lot of heavy drama in it. The romance between Four and Ever was pretty hot, angsty, and very steamy. I usually like hate-to love romance and this was quite predictable so I didn’t enjoy it as much as I had hoped but I did loved their banters. As for the secondary characters, I really liked Four’s sweet friend Tyra, and Ever’s aloof friend Vaughn Rees, and also Jamie who’s a total fun in this book. I would definitely love to read their stories.  As for Rosalyn, Four’s mother I felt a little bit bad for her even though she’s not a good mother. Barbie acted like a queen bitch at the beginning, but turns out she isn’t really bad character. She was kinda selfish and I hated how she used her best friend and hurt her old flame.

The plot was engaging but it was also predictable. The book actually began with a great start, but soon the story became a predictable stepbrother romance. I had high hopes for this book so it was a little disappointing. The author focused more on the romance and drama and less on the action. It would’ve been great if there was more gangster part in this book even though how unrealistic it seemed. The story moved in a fast pace. The author’s writing was pretty good. I loved it. The book was written in first person dual POV and I’m glad that we get both sides of the story.

Overall, it was an enjoyable read but nothing new to me. Although it isn’t a major hit for me, I’m pretty certain there are many readers who would love this book. The second book The Moth and The Flame is a friends to lovers romance. I’m not fan of this trope, but I might give it a shot.

I would recommend this book to the readers who loves to read Dark NA romance with
A-hole Alpha heroes and badass heroines.