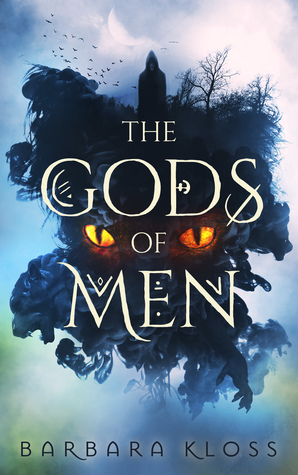 Magic is forbidden throughout the Five Provinces; those born with it are hunted and killed. Sable doesn’t know her music holds power over souls—not until, at age nine, she plays her flute before the desert court and accidentally stops her baby sister’s heart, killing her. Horrified by what she’s done and fearing for her life, she flees north, out of Provincial jurisdiction and into the frigid land of exiles and thieves, known as The Wilds. There, Sable lives in hiding, burdened by guilt, and survives as a healer. But now, ten years later, someone—or something—is hunting her.

On the run again, Sable’s best chance for survival is Jos, a lethal man from the Five Provinces, who claims to need her skills as a healer to save his dying father, and she needs the large sum of money he’s offered. There’s something about him Sable doesn’t trust, but she doesn’t have many options. A spirit of the dead is hunting her, summoned by a mysterious necromancer, and it’s getting closer.

Sable soon discovers she’s just the start of the necromancer’s plan to take over the Five Provinces, and she’s the only one with the power to stop it. But harnessing her forbidden power means revealing it to the world, and the dangerous Provincial, Jos, she’s beginning to fall for.

Okay, why aren’t people raving about this book? It was f**king good. I mean, really really good. I never read anything by Barbara Kloss so I don’t know what to expect from this book, but damn it totally blew my mind away. I absolutely devoured it. It was an amazing read and I didn’t know it was actually a YA novel because this book has the mature vibe that you usually find in adult high fantasy books. I loved every aspect in this book. It is a dark fantasy which has some dark themes suitable for mature YA readers. I loved the plot, the world building, the characters, the magical system, and the forbidden romance. This book has everything I’ve ever wanted in a fantasy novel and and it’s definitely going into my favorites list. I’m glad it wasn’t a stand-alone novel because I want more of this world. And Kudos to the artist who designed that stunning cover cause it totally fits the story.

In the five provinces, people who’re born with a supernatural power Shah are called Liagé. A century ago Azir Mubarék, leader of the Liagé nearly destroyed their world because of his greed for more power. All the five provinces united against him to defeat him. Since then, magic is forbidden everywhere and the remaining Liagé are hunted down and killed because they don’t want another Azir to rise again.  Somewhere in Istraa, a nine year old  girl doesn’t know her music holds the power to the souls, and when she accidentally kills her little sister during a court performance, she flees from her homeland Istraa and ends up in Skanden, a land filled with thieves, exiles, and criminals. Ten years later, nineteen Year old Sable works as a healer in the village, and at night she does thievery to help scabs. When a stranger named Jos comes at her doorstep asking for her help to save his dying father, Sable is reluctant to go with him even though he offered a huge sum of money. When Sable is hunted down once again by an unknown entity, she finally agrees to go with Jos. Sable believes that he genuinely needs her help, but she also knows that he’s hiding something so she can’t completely trust him. During their journey, Sable discovers that she’s the key to the necromancer’s plan in taking over the world. In order to fight against him, she needs to embrace her forbidden power which means revealing it to the world and also to the powerful provincial Jos who hates Liagé.

I loved the main characters in this book! They felt very realistic and relatable. You know what makes a dark fantasy novel even more irresistible? it’s the flawed characters. Sable and Prince Jeric aka Jos were pretty complex and flawed. Sable is sweet, caring, stubborn, smart, and selfless person. Her helpful nature is one of her best characteristics. She might seem strong on the outside, but inside she has lots of vulnerabilities. I really enjoyed her character development. Prince Jeric is quite an intriguing character. He’s not your typical charming prince. He’s a broken soul with a horrifying background. For his kingdom, he killed many people including innocents and you don’t want to know the count, you’ll be horrified.  Honestly, You won’t like him at the beginning, but eventually he’ll warm up to you. The forbidden romance between Sable and Jeric was very well done without overshadowing the story. The romance developed slowly, and thank god there isn’t a insta-love between them.

This book has some interesting side characters like Tallyn, Rasmin, Ventus, and Prince Hagan. Tallyn is a nice addition to the plot and I really enjoyed his character. I don’t want to say much about him because I don’t want to spoil anything for you guys. Rasmin is a mysterious character. He’s the head inquisitor of Prince Hagan, but we don’t know whose side he’s playing. Ventus and his guards called Silents brought dark and creepy atmosphere to the story. Prince Hagan is quite a loathsome guy. Unlike his younger brother Jeric, he doesn’t have a great reputation. He likes being in authority but he’s not as smart as Jeric, and he enjoys raping scab slave girls who works in the mines. He’s the absolute worst and I hated him.

The plot was fantastic and well executed. I was hooked to the story from the start to the end. It’s a fast paced read filled with right amount of action, adventure, magic, and light romance. The story was so engaging that I just finished it in just two sittings. There’s never a dull moment. The twists in the plot has kept my attention throughout. I loved the beautiful writing style of the author. She described everything in detail with her lyrical writing. The book was told in Sable and Jeric’s third person pov. The world building and the magical system was fantastic. They’re the best aspects of this book. If I could rate them, I would give them a perfect 5 stars. The author build an epic fantasy world filled dark magic, monsters, and adventure. I really can’t wait to explore more of this fascinating world.

Overall, It was a fantastic read and I absolutely loved it! My only complaint with this book was how Sable easily forgave Jeric at the end after going through that hell. Otherwise, I would’ve given this a full five star. Nevertheless, It was an amazing start to a new series and I can’t wait to know what the author has in store for us in the next book.

Put down whatever it is you’re reading… AND READ THIS BOOK!

I highly recommend this book to everyone who loves action packed dark fantasy and also to the fans of Brandon Sanderson, Naomi Novik, and Victoria Schwab.