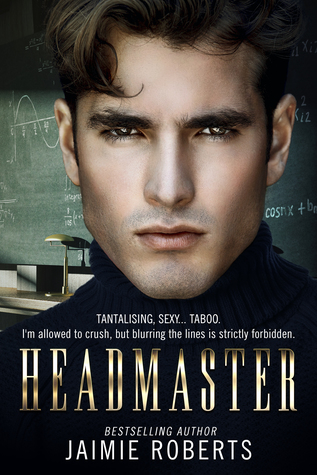 RELEASE DATE: May 17th, 2018
AUTHOR:  Jaimie Roberts
GENRE: New-Adult,  Contemporary, Romance.
SUMMARY: At one time, I had truly believed that I’d experienced enough drama in my life.
Clearly, I’d been wrong.
It all began the night before I was due to start my final year of school—the night of my eighteenth birthday. Since I had been considered “missing” for three years, I had failed to finish off the last year of my education. This was why I needed to let loose a little. I was turning eighteen and was finally legal to drink, so, why not? The next morning, I would be going to school with a bunch of ladies three years younger than I was. Even if it was for no other reason, I felt this entitled me to have a little fun.The night started off well enough:
Girl meets boy. Girl gets dared to buy boy drink and kiss him within fifteen minutes of receiving said drink.
It sounds like it would have been plain and simple, right?
Wrong.
I had no idea that his kiss would be the kiss to end all kisses. One taste of him, and I was lost for the first time in all my eighteen years.
But I wasn’t meant to feel anything… Three years of living in Hell had taught me that. But, this man … just … awakened me.
I went home that night feeling both alive and scared shitless at the same time.
However, that wasn’t the worst of it.
The very next day at assembly in school, we were all introduced to our new headmaster…
None other than the very same man who had—just the night before—locked lips with me in the most hypnotic, take-your-breath-away kiss I had ever had.
Yeah, I am seriously screwed.
He’s a forbidden fruit that I long to taste again. No matter how hard I try, I can’t seem to get that kiss out of my head. So badly, I want to escape him, his presence, his … everything.
It seems, however, that the universe has other ideas.

“You and I, we are like two sides of a coin. Inextricably drawn together, but also pushed in opposite directions.”

I’ve never read a book by Jaimie Roberts but I heard good things about her books. When I first saw this book’s cover, I was totally giving it heart eyes. The guy on that cover looks stunning and when I read the blurb, I knew I had to read this book. I don’t mind a student/teacher romance except for those Lolita and kinky stuff. Headmaster is a light hearted forbidden romance between a 18 year old high school girl and a headmaster somewhere in his mid 20’s. It’s a part romance, and part suspense novel. This book is a bit different from Jaimie’s dark romance novels but still a good read.

Before the start of her final year of school and to celebrate her eighteenth birthday, Sasha goes to a bar where her friend Brett works as a barman. When Brett dares her to kiss the handsome guy sitting in the corner within fifteen minutes, Sasha accepts the deal. And when their eyes meet, they both feel an instant pull towards each other and soon they have one passionate kiss. After winning the bet and going back to her home, Sasha still can’t get him out of her mind. The very next day at assembly in school, she’s pretty much shocked to find that he’s her new headmaster. They both decide to forget their kiss and their feelings for each other but it’s easier said than done when they can’t seem to forget it. A relationship between them is forbidden and if caught, it will ruin her future and his teaching carrier.

I’ve mixed feelings about Sasha! I liked her but sometimes her actions frustrated me. She has gone through hell for three years with someone she trusted who turned out to be an obsessive psycho so it kinda seemed unrealistic to see her kiss some stranger passionately in the bar. He could be some psychopath and she trusts him because he looks beautiful. She can’t stop praising his beautiful face, beautiful smile, and his sexy body. She’s totally bonker’s for this guy and I don’t blame her. Easton is definitely a swoon worthy character. He’s Scottish which makes him even more appealing. He’s a perfect boyfriend who’s protective, loving, and oh so sexy. I loved his scottish accent and also his nickname Nikerider. I enjoyed the forbidden romance between Sasha and Easton even though I’m not fan of insta love. Their chemistry was sizzling hot. It’s a love at first sight/kiss. If you’re into insta-love then you’ll definitely enjoy this book more than I did. As for the secondary characters, I liked Sasha’s relationship with her mom, and also her best friend Brett the Barman. He’s actually a Bi but mostly prefers guys. He’s totally funny and a good friend. I absolutely hated Liam Winters. He’s manipulative, cunning, and all sorts of crazy.

The plot was interesting but it’s also a bit predictable! Besides the romance, the story also focused on what happened with Sasha on three years of her captivity. Her past has brought some suspense and mystery to the plot, but honestly It failed to create tension. The pacing felt odd and the ending felt a bit over-dramatic and unrealistic. However, the romance and the twists in the plot will keep you glued to the story till the end. I loved the compelling writing style of the author. The book was told in dual POV’s and in between the chapters we’ll have a glimpses of Sasha’s horrifying past.

Overall, I really liked it! Although I had few issues, I enjoyed the characters and forbidden romance between them. I might check out the author’s other works.

I highly recommend this book to everyone who loves New-Adult contemporary read with a forbidden romance. If you’re expecting a dark and angsty romance novel then skip this book.