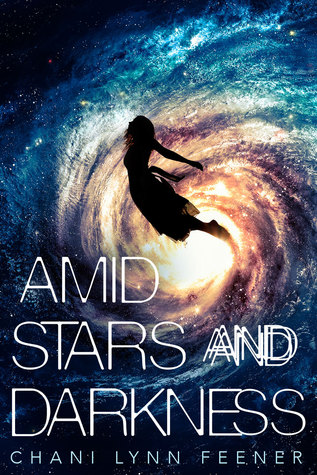 Kidnapped by the princess’s head bodyguard, Ruckus, and imprisoned in an alien palace, Delaney is forced to impersonate the princess until Olena can be found. If she fails, it will lead to an alien war and the eventual enslavement of the entire human race.

No pressure or anything.

Factor in Trystan, the princess’s terrifying betrothed who is intent on unraveling all her secrets, and her own growing feelings for Ruckus, and Delaney is in way over her head.

I absolutely enjoyed reading this book. It was more than I was expecting and I loved it. Even though I had no very high expectations on it, I was quite excited to read this book because the premise totally intrigued me and that beautiful cover made it even more irresistible so I knew I had to read this. I’ve already read the author’s Beguiling Trickery which is my first book from her but sadly, it didn’t worked out for me. I’m so glad this one turned out to be so entertaining and amazing. I loved every aspect of this book! I loved the characters, the plot and the swoony romance.

Delaney is a normal human girl who is having fun with her friend Mariana at a club but suddenly her life turns into a chaos when she gets kidnapped by an alien bodyguard Ruckus who mistaken’s her for  Lissa Olena, alien princess of  Vakar who is hiding on earth to escape from an arranged marriage with the prince of their enemy planet Kint. After realizing their mistake, Ruckus has no choice but to force Delaney to impersonate Lissa until they found the real princess for the sake of saving both of their planets. Now Delaney has to act like the spoiled princess Lissa who seems quite opposite to her personality but the real surprise comes in the form of her betrothed prince Trystan of Kint who looks alluring but he’s terrifying as hell. They totally hate each other but they both agreed to this marriage to keep the peace between their planets. When Trystan meets her, he gets pretty surprised by her sudden change of behavior and is intent on finding out all her secrets that she’s hiding. With her developing feelings towards Ruckus, Delaney needs to convince Trystan that she’s princess Lissa until they find the real princess and get her back.

I loved Delaney! She’s pretty great in this book and I totally loved her personality. She’s smart, funny, stubborn, witty and brave. Despite being thrown into such a difficult situation, she always stood strong and acted smart. She’s never afraid to speak her mind and never gives up without a fight. Ander Ruckus is totally swoon worthy character. He is loyal, fun, protective and handsome. He feels sorry for kidnapping Delaney from her home and later forcing her to act as an alien princess but with the dangerous situation they’re in with the Kints he got no choice. I loved the slow burn romance between Delaney and Ruckus. It was sweet, fun and swoon worthy. Trystan is quite an intriguing character. He acts like a Jerk but I still think he’s not such a bad guy and I can’t wait to know more about him. Despite I enjoyed every interaction between Trystan and Delaney, I’m still rooting for Ruckus. The secondary characters are also good but they’re not fleshed out well enough to know much about them. I liked Mariana, Gibus and Pettus. Mariana who is best friend of Delaney is a fiesty and fun character.  I hope we get to see more of her in the next book because this book needs more girl friendship.

The plot is entertaining and engaging! Even though it was a bit predictable, it was well executed and I enjoyed it till the end. It’s a fast paced story filled with action, sweet romance, drama and intrigue. I was hooked to the plot from the first page and It never left me bored. The writing style of the author is pretty good and easy to understand. The whole book is told in third person POV.  I liked the world the author created but sadly, there isn’t much world building in this book because most of the story is set inside the castle of Vakar. I hope the next book has more world building because I really want to explore more of this world. The aliens in this book looks just like humans except for their height and eyes. I liked the unique culture of Vakar and their tandem games.

Overall, It was a great read! The book finally concludes with a huge cliffhanger which I already saw it coming but it still left me dying for the next book. I can’t wait to read the next book. I hope the author releases it as soon as possible.

I highly recommend this book to everyone who loves YA Sci-Fi romance especially to the readers who are total suckers for handsome aliens.