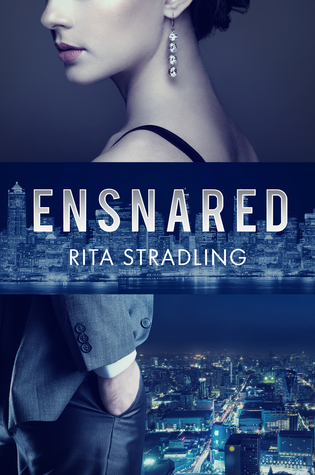 A Near-Future Retelling of Beauty and the Beast

Alainn’s father is not a bad man. He’s a genius and an inventor. When he’s hired to create the robot Rose, Alainn knows taking the money is a mistake.

Rose acts like a human. She looks exactly like Alainn. But, something in her comes out wrong.

Believing that a life of servitude lies ahead, Alainn finds a very different fate awaits her in the company of the strange, scarred recluse.

I’m always a sucker for Beauty and the Beast retellings so I can’t miss this one because the premise of this book sounds so unique. It wasn’t really one of my anticipating reads but I was very curious to read this book. After finishing this book, I had mixed thoughts on it. Though I enjoyed the whole concept of this book, I can’t say this was my favorite retelling. This  was definitely a unique retelling of Beauty and the beast but it still  has its flaws. It lacked in certain aspects which made me give this a 3.5 stars otherwise I would’ve given it a four star. Nevertheless, It was a good read and I enjoyed most of it.

The story is set in a futuristic world where humans and AI robots exists together. Alainn’s father is a genius  inventor who creates human looking AI robots. When he’s hired to create a household AI robot named Rose 76GF, he fails to send it in the scheduled time due to some complications. Now if he doesn’t send the robot in time to his client soon, he’s gonna have to spend five years in prison. The human looking Rose is built with Alainn’s face so in order to save her father from prison sentence, she decides go to the client in place of Rose for a few weeks until Rose was fully built with no malfunctions. After arriving at her client’s tower like mansion, Alainn hopes that he doesn’t figure out her disguise. In the tower, she acts like Rose in the presence of her mysterious broody client Mr. Garbhan aka Lorccan. With each day, Alainn begins to understand more about the reclusive Lorccan and starts to enjoy his company. And when it’s time for her to go, Lorccan’s household AI Rose bud who knows her real identity traps her from escaping. With no choice left, Alainn  obeys Rose Bud and revealing her identity to Lorccan would make him hate her and she doesn’t want to left alone in the tower trapped forever with no one to talk to.

I liked Alainn! She’s smart, independent, selfless, stubborn, caring and fun character. Though she’s strong she’s not a total perfection either. Like Belle, she’s very protective of her family. On the other hand, Mr. Lorccan Garbhan is a mysterious broody character who has never stepped out of his tower due to some illness and he doesn’t like to interact with other humans. When Mr. Garbhan first meets Alainn he is surprised by her look and her behavior which seemed so human but he doesn’t know that she’s actually Alainn disguising herself as Rose 76GF.   The romance between Alainn and Garbhan is slow burn. At the beginning, he always stays in the shadows and doesn’t show his face due to the scars. Though he was harsh to her at the beginning, he slowly begins to open up to her. Even though developing feelings for an AI is wrong, Lorccan can’t help but getting attracted to her. As they develop feelings for each other they begin to have sexual relationship which felt way too weird by the way. Alainn feels guilty for deceiving him but she can’t disclose her secret fearing for her family’s ruination.

The secondary characters are okay-ish but they seriously lacked depth. I liked Shelly, Lorccan’s friend  who likes him more than a friend but she doesn’t know he fell in love with an AI. I also liked Blue, cute little monkey robot that lives in Lorccan’s tower.  I didn’t cared much about Alainn’s brother Colby and her father Connor. They didn’t seem to care about Alainn’s well being as much as she cares for them. Allain’s friend Greg is Gaston of this story but in this retelling he isn’t a bad guy and our Alainn  seems to have a crush on him but unfortunately, he only sees her as a  sister. The villain of this story is actually an AI who is cunning and intelligent. I enjoyed how Elainn and the group outsmarts her in the end.

The plot is unique and interesting! This book also raises some questions on some issues like what it makes to be a human and how our flaws makes us apart from the unfeeling AI. Though I enjoyed the overall story, it also has its own cons and pros. I loved the first and ending part of the book but the middle of the plot seemed dragged with nothing exciting happening. Lorccan’s backstory wasn’t brief and I only got everything through  few glimpses of his past. The world building of this book was lacking and there is no backstory of how everything came to be but it really seemed like an interesting world and I would’ve definitely loved to see more of it.  I’m not familiar with this author but I really liked her writing style. The whole story was told in third person multiple POV which is not my favorite narrative style but surprisingly, I had no issues with it.

Overall, I like it but I don’t love it! Personally, I’m not satisfied with the ending even though it has a happy ending because he’s still stuck in that tower. But I still think it was a good retelling and many people would definitely enjoy it.

I recommend this book to everyone who likes to read Beauty and the Beast Retellings. Despite the issues, this book is worth a read!
Due to some scenes, this book is not suitable for young readers.