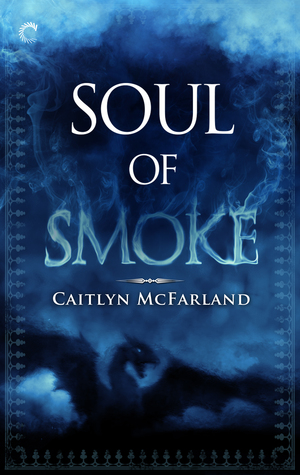 RELEASE DATE:  July 27th 2015
AUTHOR: Caitlyn McFarland
GENRE: Young-Adult, Fantasy, Paranormal, Dragons, Romance.
PUBLISHER: Carina Press
SUMMARY: On a hike deep in the Rocky Mountains, Kai Monahan watches as a dozen dragons—actual freaking dragons—battle beneath a fat white moon. When one crashes nearly dead at her feet and transforms into a man, Kai does the only thing a decent person could: she grabs the nearest sword and saves his life.

As the dragon/man, Rhys, recovers from the attack, a chance brush of skin against skin binds him inextricably to Kai. Becoming heartsworn to a human—especially such a compelling one—is the last thing Rhys wants. But with an ancient enemy gathering to pit dragons against humanity and his strength nearly depleted, Kai has just become the one thing Rhys needs. A complete bond will give him the strength to fight; a denied bond means certain death.

Kai is terrified at the thought of allowing any dragon into her mind…or her heart. Accepting the heartswearing and staying with the dragons means sacrificing everything, and Kai must decide if her freedom is worth risking Rhys’s life—a life more crucial to the fate of humanity than she could possibly know.

Soul of Smoke is an entertaining treat for all the YA paranormal lovers who likes dragons. Even though I found this to be a pretty enjoyable read, It definitely has its pros and cons. While reading it I had some issues which made me give this a 3.5 instead of a 4 star rating. This is the fourth dragon book I’ve read this month and I think I finally had my fill so I’m not gonna pick up any dragon books for a while. My main issue with this book was the frustrating heroine who seemed a bit immature for a college student and also the frustrating romance between her and Rhys. I loved the concept of this book, even though the soulmate thing is pretty much an overused trope. This book would mostly appeal to the Urban Fantasy and Paranormal lovers.

When twenty year old Kai Monahon and her friends goes for a hike in the rocky mountains they find a wounded unconscious girl on the site. To send for help, Kai decides to stay with her while her friends goes away to search for help. When the unconscious girl gains consciousness, she requests Kai to take her to her brothers camp. Upon reaching the camp, she finds there are more than one guy on the camp and everyone looks young and handsome. When a sudden threat approaches them from the sky, all the guys in the camp turns into huge dragons leaving Kai pretty much shocked. After their threat disappears, Kai wants to go back to her home but they don’t allow her  because of the enemy dragons who still hasn’t left yet. Among the dragons there is a thing called Heartsworn where a dragon finds his/her soulmate with a simple touch and complete their bond with a kiss. When a handsome dragon named Rhys accidentally touches Kai, he becomes Heartsworn to her. With his powerful enemy looming closer, Rhys needs to get stronger by completing his bond with the human who doesn’t like him and a denied bond is a certain death sentence for him.

Kai isn’t really my favorite female protagonist but I don’t hate her either. At the beginning, I really liked her but as the story progressed she began to show her immature and selfish personality. When all the humanity is in risk from a powerful dragon, her only thought was to go back to her family and live a normal life. However, there are still some good things I liked about her such as her fearless and stubborn personality. Rhys is a good and honest guy who wanted to give Kai some space before she decides their fate and he doesn’t want to force her even though his friends are not happy with his decision. When Kai saves him from a dragon he gets interested in her. Whenever he talks with her, he always maintained his distance with no touching because of his fear of becoming heartsworn to her with his enemies so near. One day, when he saves Kai from falling off a cliff he accidentally touches her which seals their fate forever. As for the romance part, I enjoyed the relationship between Cadoc and kai more than Kai and Rhys. This book has some interesting secondary characters. I loved Cadoc and his music! He’s quite fun and flirty character I really enjoyed. After Kai arrives to their camp they soon become good friends who likes spending time with each other and Cadoc eventually starts developing feelings for her but everything becomes complicated when Kai gets heartsworn to Rhys. The torture he goes through later by the enemy is a heart wrenching scene and I felt very sad for him. Ashem is quite an intriguing guy. He’s totally intimidating and alpha male with a temper. I also liked Kai’s best friend Jules. She’s sassy, witty and totally fierce. It was easy to predict who she’s going to end up with and I was a bit disappointed that their relationship happens in a rush because I wanted their romance to be a slow burn.

The plot is good enough to enjoy but not amazing enough to fangirl over it. The story began with a great start but when It came to the middle part I started to loose interest because It felt a little bit dull to me. I mostly liked the first half and the ending part of this book. The story moved in a fast pace filled with action and romance. There are some interesting twists in the plot that I never saw coming and the book finally concludes with a minor cliffhanger. The writing is not bad and the story is told from multiple POV’s[third person]. I didn’t struggled with the multiple view points but I’m not sure about other readers who doesn’t like this type of narration. I liked the setting! The entire plot takes place in a forest which is far away from the human population.

Overall, I liked it! It is really a great start for a series. Even though I had some issues with this book, I still enjoyed reading it and I hope the second book is much better than the first one.

I highly recommend this book to everyone who likes YA paranormal romance and dragons.