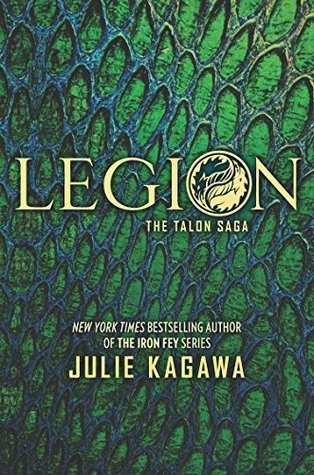 With ex-soldier of St. George Garret dying at her feet after sacrificing his freedom and his life to expose the deepest of betrayals, Ember knows only that nothing she was taught by dragon organisation Talon is true. About humans, about rogue dragons, about herself and what she’s capable of doing and feeling.

In the face of great loss, Ember vows to stand with rogue dragon Riley against St. George and her own twin brother Dante—the heir apparent to all of Talon, and the boy who will soon unleash the greatest threat and terror dragonkind has ever known.

Talon is poised to take over the world, and the abominations they have created will soon take to the skies, darkening the world with the promise of blood and death to those who will not yield.

OMG, this book is fu*cking perfection! After that horrifying cliffhanger that left me so devastated at the end of Soldier, I was literally dying to read this book. This is one of my top anticipating reads of this year and I’m so glad that it didn’t disappoint me. I’ve been enjoying Talon series from the start and it’s getting better with every book. Legion has far exceeded my expectations and it’s definitely my favorite book in this series so far.It was pretty much action packed, romantic, emotional, thrilling and exciting. I’m so happy that my ship has finally sailed *YAY*. I’m freaking excited for the finale which I can already predict that it’s going to be totally epic.

I really don’t know how to write this review without spoilers so if you haven’t read this book or the series yet then skip the spoiler part.

The story picks up where it was left off in the last book where Garrett agrees to duel with The Patriarch, the leader of St. George who was discovered having connections with Talon. After some heavy fight, Garrett finally stands victor but the patriarch cowardly shoots him from behind which leaves him deeply wounded. Surprisingly, he lives with the help of Riley, Cobalt/ex-agent of Talon/leader of Rogue. After a near death experience, Garret is glad to be alive but there are some weird side effects. With the death of the Patriarch, the whole St. George is in turmoil but the threat of Talon is still looming around them. When a whole town gets wiped out by the talon, Garret, Ember and Riley sets out to investigate which eventually takes them to Dante, Ember’s twin brother who is loyal to Talon and when they finally discover Talon’s deadly plans they get pretty much shocked. To go against the Talon, their only chance of winning depends on something which is pretty much impossible.

I really liked Ember in this book! She has finally grown into a mature character who is confident and strong. She finally stops fighting with her destiny and embraces it.  Despite her life-mate (Sallith’tahn) thing with Cobalt/Riley, she decides to choose the one she loves and really wants to be with. Garrett is my favorite character from the start and this book has made me love him even more. I fell in love with him because of his selfless, honest, loyal and brave personality. Julie has made me go through so many emotions with that frustrating ending in Soldier which really made me hate her because c’mon Garrett is a great guy you can’t kill him like that. Honestly, I would’ve stopped this series if she really killed him but thank god she didn’t. The romance between Garrett and Ember is sweet and emotional. I was rooting for this couple from the first book and I’m so glad that it finally sailed after lots of frustrating drama. Coming to Riley, I wasn’t really much fan of him but this book totally changed my mind about him. I’m glad that he finally accepts Garrett as a friend because they really make a great team together. I felt bad for him when Ember rejects him and my respect for him grew when he accepts it even though how much it pains him. As for the secondary characters, I also loved Jade, the Asian adult dragon aka Shen-Lung. She’s another badass female character who harbors some secrets that I can’t wait to find out. And not to forget Wes, Riley’s human friend and a computer geek who helps them out whenever they are in trouble and I always liked his fun personality. I lost hope for Dante, he’s still trying his best to prove himself worthy of Talon and would do anything for them even if it makes him turn against his twin sister whom he cares about.

The plot is fantastic, compelling and very well written. The story was engaging from the start and It was hard for me to put this down even for a sec. The story is fast paced through out filled with equal amount of action, romance and thrill. We finally get to meet the Elder Wrym, Talon’s Leader. With each chapter the story becomes more intense and exciting. I loved the twists and also the action packed ending which is definitely my favorite part in this book. The writing is flawless and as always, the book is told from Ember, Garrett, Riley and Dante POV’s.

Overall, it is a fantastic read! The book ended with no major cliffhanger but their war with Talon hasn’t ended yet and there are still so many mysteries that needs to be unlocked.  So I really can’t wait to read the epic finale of this entire series. I hope everyone makes it out alive in the end. *fingers crossed*

I highly recommend this series to everyone who likes dragons and action packed plots. Despite the frustrating love triangle, this series is definitely worth a read.

So, What do you think of this series? Have you read this yet?
Please Feel Free To Comment Below. ❤
See You In The Next Post and Have a Great Day! 🙂