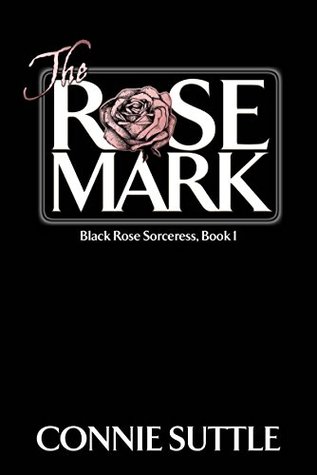 RELEASE DATE:  February 23rd 2017
AUTHORS: Connie Suttle
GENRE: Young-Adult, Fantasy, Magic.
PUBLISHER: SubtleDemon Publishing, LLC
SUMMARY: Sherra
We belong to the King–those of us with the black roses tattooed on our left wrist, directly over our pulse. As if every beat of our hearts reminds us that we are not our own.

All the women with the fire burning within them are culled, tattooed and taken to the warriors, to provide more energy. Energy that the warriors will then use to defeat the barbarians from the ocean of sand. Women with black roses on their wrists are emptied of their power by those warriors, who care not that they die a shrunken husk.

In the King’s library, The Book of the Rose says to honor the tattooed women. More than anything, I want to spit on its pages.

I tried really hard to love this book but slow paced plots are always a major turnoff for me in the fantasy books and the romance in this book seemed dull enough to enjoy it.  This is actually my first book from the author and with all the positive reviews, I hoped it’s going to be a great read but sadly, I was left unsatisfied. The concept of this book is very interesting but the slow plot development has ruined my interest and enjoyability.

In sherra’s world all the girls who are born with the fire power are sent to the king to become his black rose that provides energy to his warriors who are fighting against the barbarians, the enemies who wants to destroy people with powers like them. Sherra is marked with a rose tattoo when she was young and now her time to serve the king has finally come. Most of the black rose always dies in the midst of the battlefield after their energy runs out and sherra hates all the unfairness. At the training academy, Sherra meets the other black roses and makes some friends. Sherra is not ready to accept her fate, She wants to learn more about the black rose and all her answers are found in the book of black rose which is held in the king’s library. She brings a change and a new hope for their people but not everyone is excited about it.

Sherra is a strong female protagonist, She’s fearless, stubborn, intelligent and compassionate girl who’s not afraid to stand up for herself. Kerok is a strong and complex character who always wears hard edged personality because of his profession as a commander but he also has soft and vulnerable side to him that he doesn’t show to everyone. Both Sherra and Kerok are flawed characters who are attracted to each other. I was a bit disappointed with the romance in this book because there’s barely any romance in it. The relationship between Sherra and Kerok seemed more like a friendly relationship. Their chemistry lacked all the sparks and angst. The secondary characters are okay-ish but they didn’t interest me much so I don’t feel the urge to describe them.

The plot is decent enough to enjoy but I really hated the slow pacing. Most of the story is focused more on the training and less on the action. From training to eating at the mess hall routine has eventually made me loss interest in this book. There are also few things that didn’t make sense to me and I was wondering why isn’t everyone curious about Sherra’s background at the beginning when she showed strong powers with no training. I was also disappointed with the no appearance of barbarians in this book because I’ve been eagerly waiting for their entrance from the start. Normally, It always takes me less than three days to finish a book but this one took me five days to complete. The book is mostly told in Sherra and Kerok’s POV but in between there are also other characters perspectives. I liked the writing style and I have no issues with it. I loved the world building and also the magical elements, I wish there was more of it.

Overall, it was an okay read but nothing exciting! I would’ve loved it if it wasn’t such a slow read with not much action. The book finally concluded with an interesting end but I’m not sure I would continue the series.

If you like slow paced fantasy reads then definitely give this a try otherwise better avoid it.