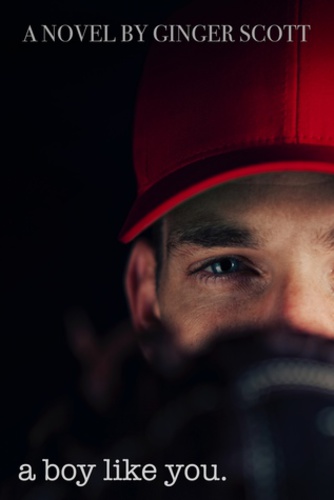 They say everyone’s a superhero to someone. I’m not sure who I’m supposed to save, but I know who saved me.

We were kids. His name was Christopher. And up until the day he pulled me from death’s grip, he was nothing more than a boy I felt sorry for. In a blink of an eye, he became the only person who made me feel safe.

And then he disappeared.

Now I’m seventeen. I’m not a kid anymore. I haven’t been for years. While death didn’t take me that day, the things that happened left me with scars—the kind that robbed me of everything I once loved and drove me into darkness. But more than anything else, that day—and every day since—has taken away my desire to dream.

I wasn’t going to have hope. I wouldn’t let myself wish. Those things—they weren’t for girls like me. That’s what I believed…until the new boy.

He’s nothing like the old boy. He’s taller and older. His hair is longer, and his body is lean—strong and ready for anything. I don’t feel sorry for him. And sometimes, I hate him. He challenges me. From the moment I first saw him standing there on the baseball field, he pushed me—his eyes constantly questioning, doubting…daring. Still, something about him—it feels…familiar.

He says his name is Wes. But I can’t help but feel like he’s someone else. Someone from my past. Someone who’s come back to save me.

This time, though, he’s too late. Josselyn Winters, the girl he once knew, is gone. I am the threat; I am my worst enemy. And he can’t save me from myself.

First of all, this was my first read from Ginger scott so I don’t know what to expect from her. Secondly, this book was pretty amazing. The story was emotionally heart wrenching and I wasn’t really expecting to get so many feels while reading it. It was really a well written book with great characters. This book is a perfect YA/NA contemporary read that deals with family,  friendship and love. I’ve heard great things about Ginger scott’s book but I never gave them a try before and now I can’t wait to check out her other books.

Josselyn Winters was only nine year old when her parents broke up turning her happy life pretty much upside down. After that she was saved from death by a lone kid named Christopher who later disappeared from her life which has deeply hurt her. Now Joss is seventeen years old broody, rebellious girl living a miserable life doing reckless things and has no care for future dreams and ambitions. Her life is a total mess with her father being an alcoholic who didn’t care a thing about her. When Joss meets the new guy in town named Wes, she feels drawn to him. He reminds her so much of her Christopher and she always feels safe whenever she’s around him. Is he really her hero who saved her life when she was a kid? Can he save Joss from herself?

Joss is such a complex character where certain events in her life eventually turned her into angry, sad and reckless girl. I felt quite sympathetic towards her life when her whole world was wrecked apart and how she’s got to deal with her alcoholic father. I felt very angry towards Joss’s father behavior. Wes is an amazing character and I totally fell in love with him. He’s such a sweet heart who challenges Joss at every turn and brings out the best in her. He was always there for her whenever she needed him and those scenes are totally swoon worthy. Both Joss and Wes have their own issues to deal with. Joss was brought up in a foster care and lead a pretty hard life when he was a kid. The romance between Joss and Wes is definitely slow building. I liked how their relationship grew slowly by developing feelings with every interaction and building a deep emotional connection. The chemistry between between them is sweet and sexy. As for the secondary characters, I also loved Kyle, Joss’s childhood best friend and also her partner in crime. He is a great friend and I felt bad when Joss rejected him and I really really wish the author decides to write his story. I also liked Taryn, Joss’s other best friend but I mostly enjoyed Kyle and Joss friendship.

The plot is emotional and very well written. The story moved in a perfect pace and I didn’t feel bored at any point. I was hooked to the story right from the very start and all the emotional drama really touched my heart. Some parts of the story even moved me to tears and I rarely cry while reading emotional books. The twist at the end of second half left me so shocked that I put the book in a time out for a good ten minutes before continuing it and later the book ended with a cliffhanger that left me with so many questions. The book was told from Joss’s perspective and being in her head feeling all her emotions has pulled at my heartstrings. As for the author’s writing style, I absolutely loved it. It’s captivating and addictive through out. I also liked the characterization and character development, I think they are the strongest aspects of this book. Both Joss and Wes are well built characters and I really loved the way the author beautifully executed their story.

Overall, this was a great read! The story was heartwrenchingly beautiful and the unexpected twist at the end has left me dying for the next book. I really hope the author releases the sequel as soon as possible because the mystery and suspense is really killing me.

A boy like you is a mature YA contemporary read that has emotional plot, amazing characters and beautiful romance. I highly recommend it to everyone!