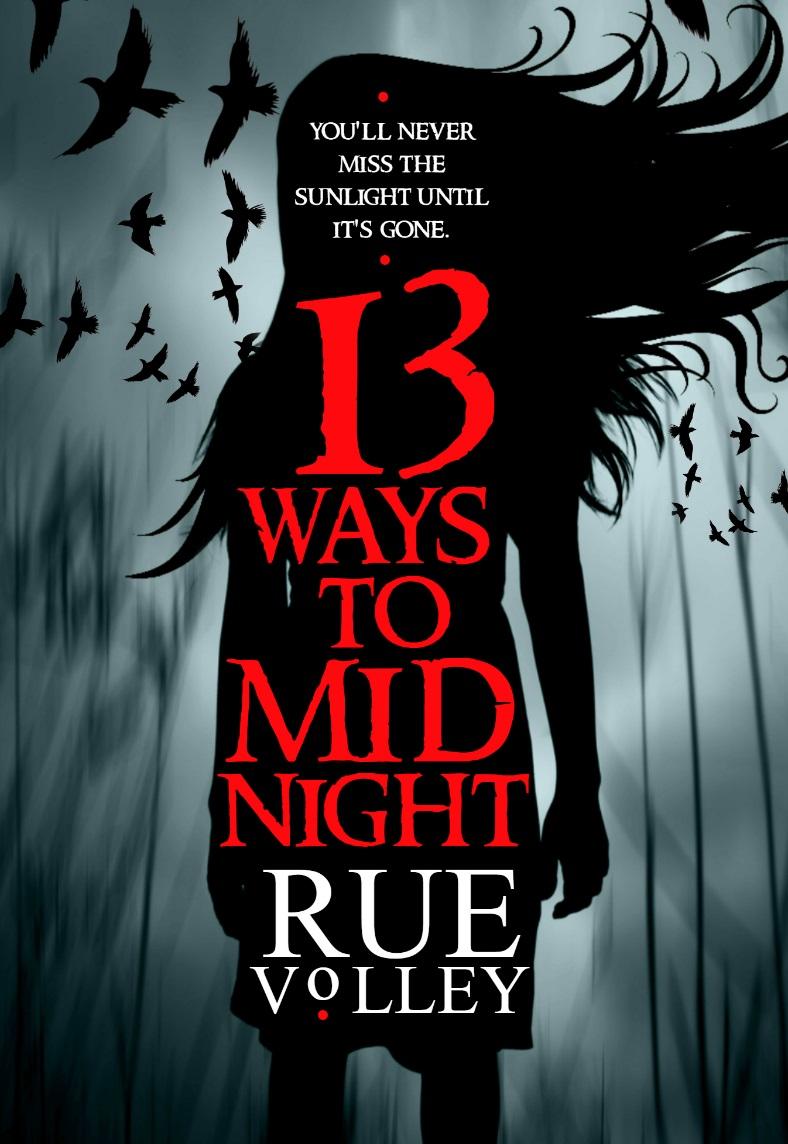 Sixteen-year-old Echo Navarri, daughter of world-famous archaeologists, Alice and Peter Navarri, had spent her life traveling from one expedition to the next as her parents unearthed lost civilizations.
On their thirteenth dig, Midnight, Echo’s twin sister, disappears without a trace. This prompts a year-long search that leaves the family nearly broken.
In an attempt to find some closure they reluctantly host a mock funeral for Midnight without ever recovering her remains.
Nearing the one year anniversary of Midnight’s assumed death, Echo is sent to live with her eccentric Aunt Luna who is the caretaker of the centuries old Navarri Estate in Port Royal, Maine.
Echo attempts to settle into her new life in Port Royal, but soon finds that she’s destined for adventure as the mystery of her family’s history, the sunless town, and its oddly intriguing people teeter on the supernatural.

This book was pretty interesting to read and I loved the dark and creepy look of the cover. I’m always sucker for paranormal reads filled with mystery that needs to be unveiled. Though I enjoyed reading this book, it does have its pros and cons. When I first saw the title, I thought it had something to do with searching for someone who’s gone missing mysteriously but when I finally got into it, I’ve got something else. The story gave huge vibes of twilight which didn’t bother me much but it would be if you’re anti-twilight fan. The characters are nothing impressive but they aren’t bad either.

The story follows sixteen year old Echo Navarri who’s the daughter of the famous archaeologists Alice and Peter Navarri. Due to her parents professions she was constantly travelling from one place to another. Echo also has a twin sister named Midnight who is quite adventurous like her parents and meant to follow her parents footsteps. During an  expedition, her sister goes missing in a fog which leaves her whole family devastated. After years of searching they finally lose hope and Echo who was with her at the time of accident feels guilty that she should’ve done something. One year later, Echo’s parents decides to send  her to Navarri Estate at Port Royal where her aunt Luna lives who is also the caretaker of the estate. The Navarri’s and Vega’s are the founders of the port royal and during her time at the town, her paths crosses with the enigmatic Thorn Vega, descendant of the other founders family. Her Aunt warned her to stay away from vega’s but something about Thorn makes her feel drawn to him. When she tries to learn more about Thorn, she discovers the mysteries surrounding Port Royal and introduced to a supernatural world that she never believed existed.

I liked Echo but I can’t say she was a strong protagonist. She reminded me so much of bella from twilight. She loves reading books with paranormal creatures like vampires, angels, fairies etc., but she doesn’t believe that they actually exist. Thorn is a conflicted character just like Edward but there’s some minor differences between them. He is dark, mysterious, charming, and oh, so sexy! The romance between Echo and Thorn is quite twiligh-tish and I pretty much hated the insta-love. However, I grew to like their relationship because I love forbidden angsty romances and I really want to know how their relationship develops further. The secondary characters aren’t memorable enough to describe but I liked Echo’s aunt Lucy, and her witchy friends.

The plot was engaging but there are some parts that left me bored and confusing. Though it has it’s own unique factors, the whole story felt like a twilight retelling. I loved Twilight but I really can’t help rolling my eyes whenever there’s a dramatic scene that reminded me of that book. Sometimes it was easy to predict what’s gonna happen next. The mystery surrounding the veil and the mysterious creatures living in the woods are the only aspects that grabbed my interest till the end. The pacing of the book is slow in the first half and it only improves in the second half.The whole book was told in Echo’s POV.  I liked the writing style of the author which is a total perfection and easy to understand.

Overall, I liked it! Despite the plot being unoriginal, I found myself enjoying it. The book finally concluded with a cliffhanger leaving so many questions unanswered and I might read the sequel just to find out what happens next.

I highly recommend this to YA paranormal lovers especially the twilight fans.