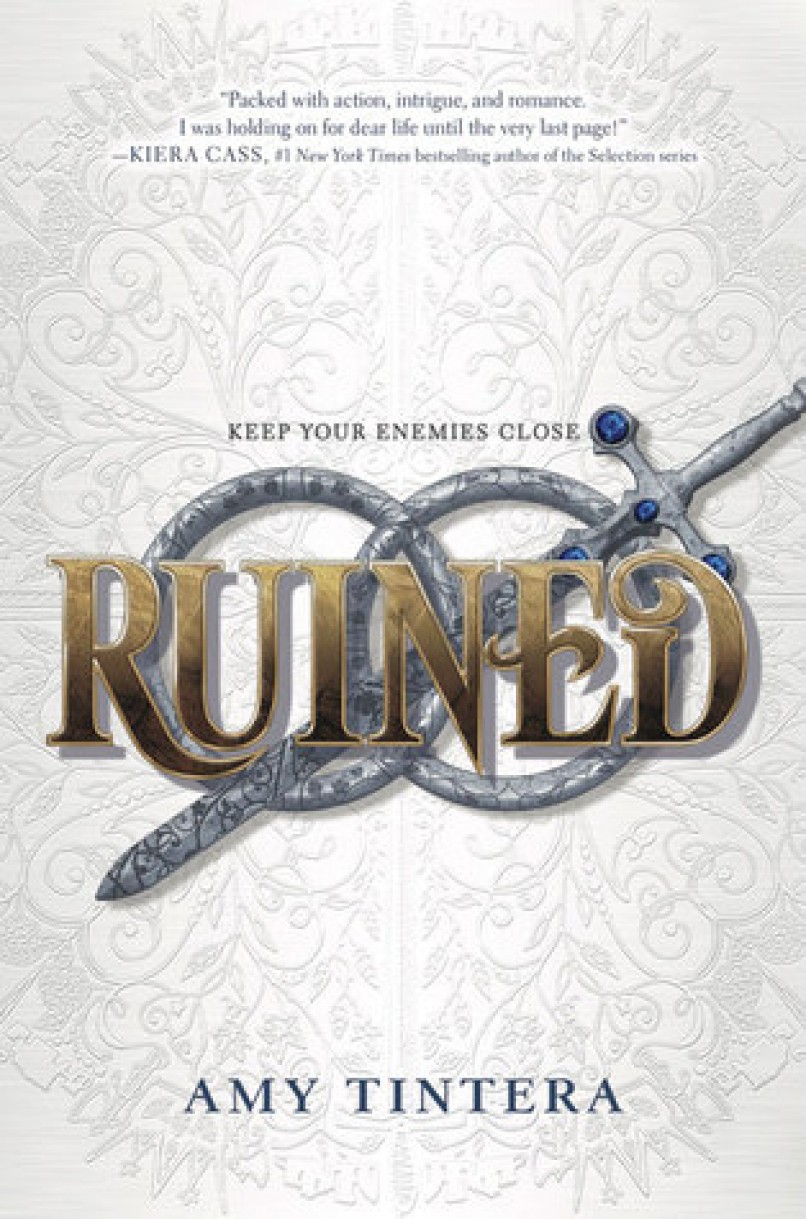 RELEASE DATE:  May 03, 2016
AUTHOR: Amy Tintera
GENRE: Young-Adult, Fantasy, Romance.
PUBLISHER: Harper Teen
SUMMARY: A revenge that will consume her. A love that will ruin her.

Emelina Flores has nothing. Her home in Ruina has been ravaged by war. She lacks the powers of her fellow Ruined. Worst of all, she witnessed her parents’ brutal murders and watched helplessly as her sister, Olivia, was kidnapped.

First of all, this was really an entertaining fantasy read filled with adventure, magic, intrigue and forbidden romance. This book was one of my anticipating books because I’m very intrigued with the concept and also because of the forbidden romance. I’ve seen lots of mixed reviews on this book but I’m glad that I still gave it a try. This book doesn’t have  mind blowing worthy action but I really liked the setting, the concept and the characters. The story started with  our protagonist Em killing a princess in cold blood and I’m so hooked. I  haven’t read Reboot which is Amy’s debut series so this was my first book from her and I immensely enjoyed it. Now I really need to check out her other series ASAP.

Emelina Flores is the eldest daughter of most powerful queen of Ruina. Ruina is a country where its people posses deadly magical powers and the people who doesn’t possess them are considered to be useless. Unfortunately, Emelina is one of the useless but she doesn’t want to be seen weak and useless so she trained hard in military and sword fighting skills etc. A year ago, during the war her parents, the queen and the king of Ruina are brutally killed and her sister Olivia is kidnapped. With only revenge on her mind, Em is on a journey to find her sister and for that, she needs to infiltrate the enemy kingdom to find her sister’s whereabouts. In order to infiltrate the royal family, Em disguises herself as princess Mary, the princess of neighboring country of Vallos who is expected to marry Prince Casimir, heir to the Lera’s throne. Em is determined to kill the royal family but when she meets Casimir, he is nowhere near ruthless like his father and with each passing day, she gets more closer to him making her mission more difficult and with her time running out she needs to find her sister’s whereabouts before her disguise is blown off.

I really liked Emelina. She’s a great character who is strong, determined, fierce and a bit vulnerable. Even though she lacks magic powers, she proved her people that she can be strong without magic.  She might be ruthless to her enemies but when it comes to her loved ones she’s very sweet. Prince Casimir is definitely sweet and charming. He isn’t badass as Em but I still liked him. I enjoyed the relationship between Em and Casimir. Together they are so sweet but I wish there was more romance in it. Nonetheless, I loved the slow burn romance and all the angst.

The plot is nothing new but I loved the way it was executed. The pacing is also quite good and the twists in the plot made it more interesting as the story progressed. I enjoyed the world building but I want more, so, I’d love to explore more of this world in the sequel. Although I liked this book, I must say that it failed to explain the backstory about Ruina and other kingdoms and why they are hated by all the kingdoms. I liked the writing, it was simple and captivating through out. The story is written in alternative pov which I think is the strongest aspect of this book that made the story more clear to understand.

Overall, I loved it! Even though it wasn’t an highly action packed epic fantasy, the story was engaging enough to enjoy it.  Do I recommend it? Yes, despite some minor flaws, it was a pleasant read and definitely worth a read.