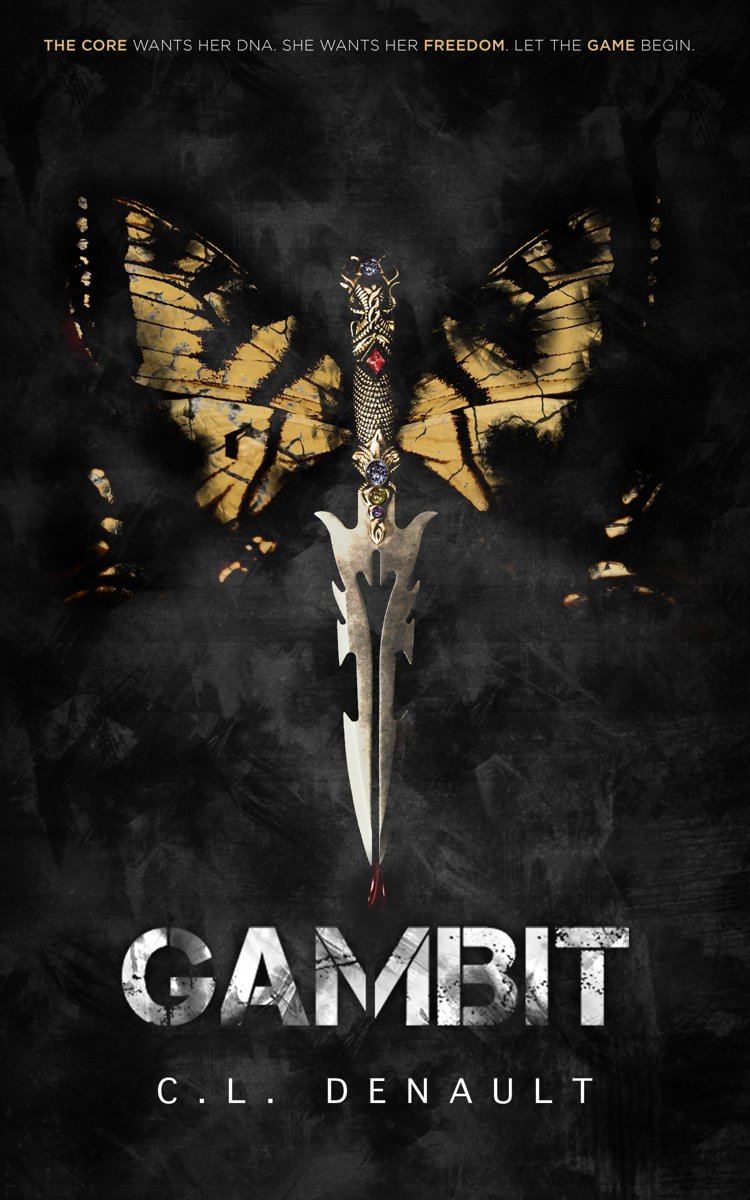 Sixteen-year-old Willow Kent believed she was normal. But when a genetically-advanced military officer shows up in her village and questions her identity, long-buried secrets begin to emerge. With remarkable skills and a shocking genetic code the Core and its enemies will do anything to obtain, Willow suddenly finds the freedom she craves slipping through her fingers. Greed, corruption, and genetic tampering threaten every aspect of her existence as she’s thrust, unwilling, into the sophisticated culture of the elite Core city. To ensure peace, she must leave the past behind, marry a man she’s never met, and submit to the authority of a relentless officer with a hidden agenda of his own.

Her life has become a dangerous game. How much will she sacrifice in order to win?

I’m so conflicted in writing this review because I liked this book but at the same time I hated it. When I first found out about this book, what really lured me wasn’t the eye catching cover but the intriguing blurb which sounded like totally my kinda book and I also happen to love books having aloof strong male characters in a dystopian world. Honestly, I’ve enjoyed reading this book but it definitely has it’s ups and downs. The characters, the world building and the writing were pretty good but I had a slight problem with the second half of the plot. Nonetheless, it was good introduction to the prodigy chronicles.

The story is set in a futuristic London where humans with extra ordinary skills live in a place called core with fame, power, technology and money and those without skills are lived far away from the core, living their lives in poverty and deprived of technology. Sixteen-year-old Willow Kent leads a simple life at  a village named McKaireth with her parents who runs a reputable tavern. The people of McKaireth gets startled with the sudden appearance of a core military officer at their village. At the tavern, when Willow caught his attention, he gets curious and questions her identity which will bring a lot of troubles to her if they are revealed. When long buried secrets gets emerged, the core officer eventually finds her real identity and makes it his duty to send her to the core that means leaving her happy life in her village. It seems Willow has an extra-ordinary skill  that many would kill to obtain. Now Willow has a new destiny to follow where she needs to marry a stranger for the sake of peace and she also must stop her growing attraction towards her captor who snatched her from a life filled with freedom and happiness.

Willow  is a likable character who’s got quite a stubborn personality and doesn’t give up without a fight. Actually, I really liked her but she wasn’t that great either. I think Sixteen is way too young and it would’ve been better if she was either seventeen or eighteen. Some readers might get displeased with  her attraction towards a certain cold hearted officer who abducted her from her family. Reece is a character that I really don’t get it and  he’s a character that you either hate him or love him. Basically, I love male characters who are dark, handsome, cold and aloof but Reece’s  bipolar personality seemed really annoying and also confusing sometimes. In the first half we see him as a cold hearted A-hole  who abuses her whenever she doesn’t surrender to his authority and in the second half we see him as a total different person acting sweet and helps brushing Willow’s hair with a comb which is something I didn’t expected  from a military officer who kills and abuses humans without a care. Despite all of these issues, I would still ship their relationship cause I’m always sucker for bad guys. The hot and cold relationship between Willow and Reece may seem confusing sometimes but I really enjoyed the chemistry between them which is hot and steamy. Tim is another love interest who is really a sweet guy with fun personality. He is childhood best friend of Willow and also hopelessly in love with her but she sees him only as a best friend so there’s no triangle for us yet. There are some interesting supporting characters in the second part of the plot that we didn’t get to know much about but I would love to know more about them in the sequel.

The plot is both mysterious and suspenseful but somewhere in the middle, things got really slow with nothing happening. There was great intensity through out the first half but when Willow finally reached the core the plot was dragged with unnecessary makeover sessions, proper etiquette lessons, training sessions, fun at the swim pool scenes which bored me a bit and I’m glad when the pace finally improved with a sudden attack from a rebellion force. There isn’t that much action as I expected but I hope the sequel would be more action packed. The whole book is written in Willow’s POV and I enjoyed exploring everything through her eyes.  The world building is really amazing and I would love to know more about the core and the outlying lands. I loved the writing! Miss Denault has a compelling, gripping writing style that kept me engaged through out. There’s also a nice character development of Willow who finally transformed from a impulsive, vulnerable and stubborn girl into a strong and mature  woman.

Overall, I think it’s a great debut and very entertaining. I’ll definitely look forward to the sequel cause there were so many questions, so many things left unanswered and I’m very curious to find them out.

Gambit is a YA debut filled with action, romance, mystery, and intrigue. I would highly recommend it to all the readers who loves YA dystopian romance books.