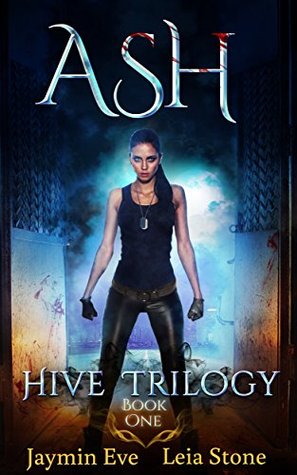 Turns out Charlie Bennet was all of those things except the last. Don’t let the name fool you, Charlie was all woman and she wanted nothing to do with the ash … until the day she found out she was one.
It all started when infected bats bit a small group of humans and created what are now called vampires. Then, the male vampires knocked up some female humans and the result was a gorgeous race of all male ash. Superhuman freaks that had looks to kill.
Charlie is the first female ash, aka unicorn of the Hive – the gated compound in Portland that the humans have designated to isolate vampires and ash from society.
Problem? The Hive is full and only a select few will be allowed to live there. To live at all, really. If Charlie wants to earn the right to become a citizen of the Hive, she will have to survive the culling – a series of fights to the death. And guess what? Just because she’s a girl doesn’t mean she’ll get special treatment.
Good thing there’s Ryder, the mysterious lead ash enforcer, who seems to always have her back. But when secrets bubble to the surface, it will take more than one guy to save her.

Ash is an interesting book to read but I had some issues with it. The concept of ASH might sound unique but it doesn’t bring anything new because overall it was a typical vampire novel and some aspects of this books is similar to other vampire YA books. Being an avid reader of vampire fiction, I always keep a watchout for good vampire books that promises kickass action and romance. The badass cover of ASH is the first thing that caught my eye and the synopsis has intrigued me enough to read it. Sadly, this book didn’t lived up to my expectations but I think it’s pretty ok read and some readers might love it but it was too cliched for me to love it.

Charlie Bennet lives in a world where supernatural creatures like Vampires and Ash exists. Ash are the offspring of human women and male vampires who looks enchantingly beautiful. All the female population adore the beauty of Ash male but Charlie just thinks they are freaks of nature and totally resents them. Charlie doesn’t want anything to do them but suddenly she observes some changes in her body that looks similar to ASH symptoms and it turns out that she is actually an ASH, the very creature she hates but there’s never been a female ASH before. Being an ASH changes everything in her life because now she has to leave her college, her best friend and also her mother. All the Ash must live in a place called HIVE and being the first female ASH doesn’t give her special privileges because like all the new ASH she needs to earn her place in the HIVE by surviving in the fight to death matches called Culling. Even though she hates the ASH, she can’t help getting attracted to a  tall, dark and handsome ASH named Ryder, an Ash lead enforcer who takes special interest in her and  helps training her for the culling. Her life gets even more crazier when her blood test reveals many secrets that questions her identity, her best friend wants to be a vampire, and it seems there’s a bounty placed on her head.

Charlie is a tough badass girl who’s got a lots of spunk, wit and sassiness in her. I really liked her character but sometimes she acted a bit immature like a silly teenager who’s got a crush which really irked me a lot.  Ryder is your typical male bad boy like Dimitri who looks gorgeous, physically strong and a total alpha male. There isn’t a insta-love but there’s definitely a insta-attraction between Ryder and Charlie when they first met. The relationship between them is kinda hot and cold which is something to do with  Ryder’s dark past. Lucas is another possible love interest who is also a vampire but we didn’t get to know much about him because he doesn’t play major role in this book and he only appears in few parts of the book. I really liked Jayden, Charlie’s roommate  in HIVE and also best gay boyfriend. He is my favorite character who is very friendly and I really loved his sense of humor.

The plot may not be original but it was good enough with some twists that can be easily predicted if you’re used to vampire books. All the characters are likable but they aren’t great either. The story is moved in fast pace filled with action, suspense and light romance. The whole book was written in Charlie’s POV. The writing was somewhat ok and simple enough to understand.  This book was set in a modern world so it’s got both contemporary and paranormal feel to it. Despite having so many issues with this book, I enjoyed reading it.

Overall, I think it’s a good start for a new series! I hope the sequel going to be much better and thrilling. Even though it was tagged as New-Adult, I think this book is also suitable for Young Adult Readers.

Do I recommend it? Yes, I would recommend it to the readers who love reading vampire fiction and paranormal romance.