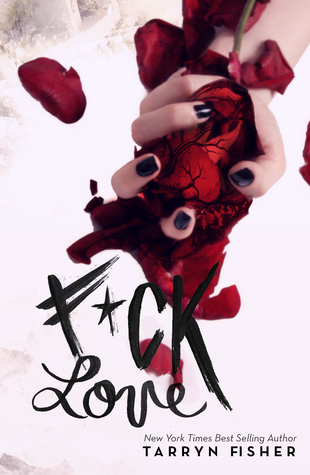 RELEASE DATE: January 14, 2016
AUTHOR: Tarryn Fisher
GENRE:  New-Adult, Contemporary, Romance.
PUBLISHER: CreateSpace Independent Publishing Platform
SUMMARY:Helena Conway has fallen in love.
Unwillingly. Unwittingly.
But not unprovoked.
Kit Isley is everything she’s not—unstructured, untethered,
and not even a little bit careful.
It could all be so beautiful … if he wasn’t dating her best friend.
Helena must defy her heart, do the right thing, and think of others.
Until she doesn’t.

This is my first book from Tarryn Fisher and I really liked it but sadly not as much as other readers who fell in love with this story. But I must agree, Tarryn Fisher has a great writing style which is mostly addictive. I wanted to give this a try after hearing so many great things about it and honestly it was really a good story to read but it failed to excite me much. Nonetheless, I don’t regret reading it and I would love to check out other works by this author.

One day, Helena Conway had a beautiful dream in which she had a happy family with a wonderful husband and two children who really cares for her but the only problem is the guy who was her dream husband is actually her best friend Della’s boyfriend named Kit Isley. Unwilling, she develops feelings for him and falls pretty much hard for him. To not hurt her best friend’s heart, she keeps her feelings hidden but she can’t deny the magnetic pull she feels towards Kit whenever he was in close proximity and also can’t escape from the dream that felt so real.

The characters are likable but not that great either because they did frustrated the hell out of me especially Kit. Helena is a funny and kinda awkward character who is pretty much likable but not impressive enough. At the beginning, I didn’t liked her much but I started to like her when she leaves Florida for Washington to find herself and gains some confidence in her. I didn’t liked Kit Isley and I can’t able to connect with him at all. His indecisiveness and cowardliness really ticked me off but I’m glad he made the right decision at the end. The chemistry between Kit and Isley is not bad but still I felt there’s something lacking in it. The thing that didn’t felt realistic was how Helena develops such deep feelings instantly for a guy she barely knows after having just one dream about him and also there’s this part at the end where she gets insta-attracted towards a stranger named Muslim who was actually a cult leader of some group.

The plot was quiet complex and sometimes confusingly weird but I’m glad that it has an happy ending. Basically, I hate slow paced plots in books but surprisingly I didn’t minded in this book. The writing is the strongest aspect of this book and It was so addictive that I can’t help but love it. I really liked the character development of the MC’s at the end. The book is written in Helena’s POV and it would be great if there was also Kit’s POV because I really wanted to know what is really going on his mind. Overall, this book has it’s pro’s and con’s but it was definitely an entertaining read.

Despite all my issues, I liked it! Even though I didn’t enjoyed it as much as others did, I highly recommend this to all the readers who enjoy contemporary romance because everyone has their own perspectives and I’ve seen so many readers loving it, and maybe it could be of your liking.