This week’s  book recommendations are from my favorite books

DYSTOPIA
FOR DARKNESS SHOWS THE STARS BY DIANA PETERFREUND
[STAND-ALONE]

“HIGHLY RECOMMENDED”
“Inspired by Jane Austen’s Persuasion, For Darkness Shows the Stars is a breathtaking romance about opening your mind to the future and your heart to the one person you know can break it.”

BLURB: It’s been several generations since a genetic experiment gone wrong caused the Reduction, decimating humanity and giving rise to a Luddite nobility who outlawed most technology.

Elliot North has always known her place in this world. Four years ago Elliot refused to run away with her childhood sweetheart, the servant Kai, choosing duty to her family’s estate over love. Since then the world has changed: a new class of Post-Reductionists is jumpstarting the wheel of progress, and Elliot’s estate is foundering, forcing her to rent land to the mysterious Cloud Fleet, a group of shipbuilders that includes renowned explorer Captain Malakai Wentforth–an almost unrecognizable Kai. And while Elliot wonders if this could be their second chance, Kai seems determined to show Elliot exactly what she gave up when she let him go.

But Elliot soon discovers her old friend carries a secret–one that could change their society . . . or bring it to its knees. And again, she’s faced with a choice: cling to what she’s been raised to believe, or cast her lot with the only boy she’s ever loved, even if she’s lost him forever. 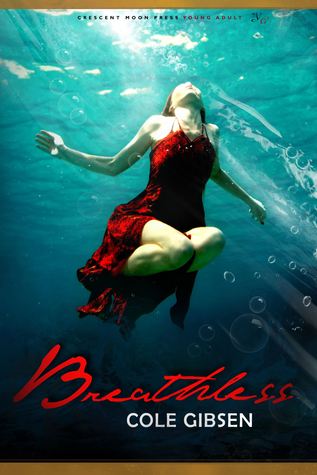 BLURB:Obituary-reading emo girl Edith Small is broken – the end result of forcing herself inside a mold that doesn’t fit. All she wants is to conform to her strict sergeant stepfather’s rules long enough to make it to graduation day. But a boat accident threatens to unravel the life Edith has worked so hard to keep. After waking up in a hospital with a lacerated shoulder, Edith fakes amnesia. Because admitting she received her injuries from a blue-haired girl who breathes underwater is all the reason Sir needs to send Edith on the first bus to military school. Safe at home, Edith struggles to put the nightmare behind her. But the mysterious creatures that live in the ocean aren’t about to let her forget. After meeting Bastin – a strange boy with silver hair and black eyes – on a secluded dock, Edith learns about the war raging undersea to end human existence. A war that Edith, unwittingly, has become the key to winning. In a world where death is an ever-present shadow and motives are as dark as the bottom of the ocean, Edith must decide if her life is worth risking for a love that can’t survive past the shore.

NA CONTEMPORARY ROMANCE/THRILLER
RULES OF SURVIVAL BY JUS ACCARDO
[STAND-ALONE]
“This book got everything you crave for Action,Fun, Romance and Thriller”

BLURB: If you want to survive, you have to follow the rules…

Mikayla Morgan is wanted for her mother’s murder. She’s been on the run for almost a year now, avoiding not only the police but the real killer. Tired of running and desperate to clear her name, she breaks one of the most sacred rules: never return to the scene of the crime.

Every bounty hunter on the Eastern Seaboard is after the Morgan girl—but Shaun Denver and his partner snagged her. She’s a piece of work, and Shaun can’t decide if he wants to kiss her or kill her. When things take a sharp turn south, Shaun does the only thing he can think of to keep her close—he handcuffs them together.

As the danger mounts and the killer closes in, the chemistry between them threatens to explode. Shaun and Kayla will need to break all the rules if they hope to get out of this alive.

Feel free to comment below and if you want me to recommend books from any particular genre let me know. ❤
See you next week with new recommendations 🙂
Have a Great Day!