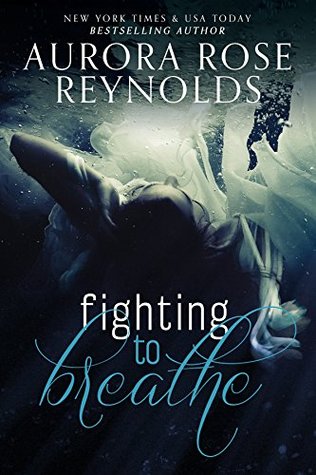 RELEASE DATE: July 6, 2015
AUTHOR: Aurora Rose Reynolds
GENRE: Adult, Contemporary,Romance.
SUMMARY: Lea Lamb and Austin Wolf were young when they fell in love. They never imagined the future could hold anything other than together-forever.

Faced with the truth about the past, a newly discovered secret, these former lovers will learn that if they want to have any chance at the future they’d given up on all those years ago, they will have to rescue one another from drowning in pain so debilitating it will leave them both fighting to breath.

MY REVIEW: I’m so much disappointed with this book.This is my first book from the author, so I’m not familiar with her work but I’ve heard so many good things about her works that’s why I picked it up because the synopsis looked interesting.

The story is all about finding second chance in love.The main protagonists are Lea and Austin who are in their 30’s.15 years ago Lea and Austin were passionate lovers and they planned to get married after graduating from high school.After hearing the news of the death of her father, Lea was totally devastated.She didn’t wanted to feel another heartbreak if something happened to Austin who would follow the same profession as his family.She leaves her hometown without saying any word to him just passing a simple message to him from her mother.Now after 15 years, she was back to her hometown so she can tend to her mother who was diagnosed with cancer and who may not have much time left.Even after a long time with a failed marriage Lea still has left feelings for Austin with so much guilt buried insider her. She wanted to avoid encounter with Austin, but it was inevitable if you are living in a small hometown where word travels fast.At the first encounter, she felt the hot gaze of anger seething inside of Austin which made her more guilty for leaving him, and she understood then that there wouldn’t be no second chance for them, because it seemed he was already moved on with another girl.

The plot is narrated in both Lea and Austin POV so we can understand their feelings much better and get a grip on the story.Honestly, I didn’t like both Lea and Austin cause they didn’t interested me much. Both characters seemed very much dull to me and I think the hate/love relationship didn’t portrayed really well.Austin’s hate didn’t seemed realistic it seemed like it was forced and he was supposed to totally hate her but his gaze would be always set on Lea’s lips whenever she was in his close proximity and it was annoying as hell

The story was quite predictable and it was also lacking in originality.I hated whenever he called her “baby” I just felt like bleh. This book got so many  cliche scenes in it and the plot was a bit draggy too.The romance between Lea and Austin didn’t amaze me enough  and I also didn’t felt connected to them either.There are lots of emotional drama which didn’t moved me much and I was turning the pages just so I could end this hell.To me this book was more like “fighting to read” argh. I must warn you this book contains mature scenes and it is  intended for the Adult readers.

There is no lacking in the author’s writing skills it was perfect and pretty much understandable.I think this plot can be executed better because it wasn’t bad, and it will definitely have it’s fans but not me.This book can be read as a stand-alone and the sequel is related to other characters.With this disappointment, I don’t think I can continue with this series.Overall, I think this book was ok but I didn’t love it or hate it either therefore I wanted to give it a 2 star rating but I’ve read much worst books than this.So instead, I gave it a 3 stars rating because I think it deserves more than 2 stars.If you wanted to read this, then go ahead maybe it will be to your liking.