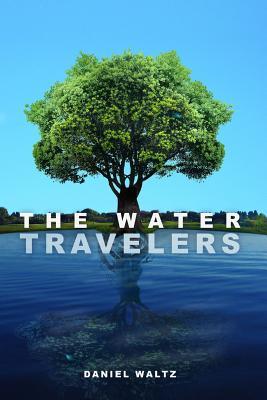 RELEASE DATE: July 13, 2014
AUTHOR: Daniel Waltz
GENRE: Young-Adult, Fantasy.
PUBLISHER:  Createspace
SUMMARY: The people of Upitar have the ability to go back forth between their world and Earth, through water. Aaron Archien is the heir to the throne of Upitar, and before his father feels he is ready to become king, he is given one last task: go to Earth, find the daughter of Michael Harper, bring her to Upitar, and kill her. The girl, Madalyne Harper, was prophesied about long ago to destroy the waterways, thus ending the world of Upitar. Although against the idea of taking an innocent life, Aaron agrees to do it for the sake of his people. But, upon going to Earth, he unknowingly meets Madalyne and they fall in love before their fates become known.

MY REVIEW: Honestly, I like the concept of the book which was somewhat refreshing to the fantasy genre.My main issue is with the characters in the plot which didn’t seem well built to me.When coming to the books, Characters are the first thing that I’ll always look forward to in a story.I wouldn’t say it was a bad read, it was ok and I think some people may love it if they wouldn’t mind about the issue with the characters.

The best thing I really liked in this plot is the world building and the concept of the water travelers travelling from one world to another world is what intrigued me most to read this book.If there is any improvements made into the characters development then it would’ve been a wonderful fantasy series cause I think the plot got a great potential.

The plot flowed in a steady pace but sometimes it was slow that made me sometimes bored a little bit.The insta-attraction was completely weirded me out cause I hate insta-love and this one seemed pretty much awkward on so many levels.There are also so many things in this book which didn’t seemed realistic to me.

There  is this thing that I didn’t get it — Aaron was given a map to track the girl and he was ordered by his father  to find her and bring her to Upitar, but he didn’t opened it even once after he visited earth except at the ending part obviously.He hangs out with Madalyne  every time he visits earth totally forgetting his mission not knowing the fact that the girl he was looking for is actually Madalyne herself.There was this thing with Madalyne that seemed truly ridiculous I mean she agrees to hang out  “at night” with a guy  who she didn’t even know and also she saw him stalking through her window at the first meeting and she freaks out first but later she invites him in to her room. Uhh….

In reality any normal girl would’ve called the cops but not hang out with him at night at the first meet.Later we find out that Madalyne and Aaron both are adrenaline junkies and they both wanted to live their life forgetting their responsibilities for a while even if it was for a short while.

Aaron is somewhat soft or mellow character that I really didn’t expected it.He was sweet, caring, thoughtful guy but violent and intelligent when needed, and he possess every characteristics to be worthy as a prince. I expected his character to be more strong like a tough soldier but sometimes he was emotionally vulnerable whenever he thinks about his brother and he easily tears up and that made me cringe a little.

I liked second part more than the first part  of the book.The writing skills seemed casual but ok enough to understand.I really hope that the second installment would be much better than this especially the characters.And finally, the book ended with a twist that I didn’t expected it.Overall, it’s a nice read if you are looking for a simple fantasy read but don’t expect too much.

3 thoughts on “The Water Travelers: Heir of the Unknown by Daniel Waltz”