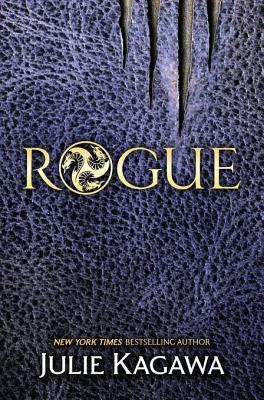 RELEASE DATE: April 28th 2015
AUTHOR: Julie Kagawa
GENRE: Young-Adult, Fantasy,
Romance, Dragons.
SUMMARY: Deserter. Traitor. ROGUE. Ember Hill left the dragon organization Talon to take her chances with rebel dragon Cobalt and his crew of rogues. But Ember can’t forget the sacrifice made for her by the human boy who could have killed her-Garret Xavier Sebastian, a soldier of the dragonslaying Order of St. George, the boy who saved her from a Talon assassin, knowing that by doing so, he’d signed his own death warrant. Determined to save Garret from execution, Ember must convince Cobalt to help her break into the Order’s headquarters. With assassins after them and Ember’s own brother helping Talon with the hunt, the rogues find an unexpected ally in Garret and a new perspective on the underground battle between Talon and St. George. A reckoning is brewing and the secrets hidden by both sides are shocking and deadly. Soon Ember must decide: Should she retreat to fight another day…or start an all-out war?

MY REVIEW:  I had eagerly waited for this book’s release after I completed the first book and now after I completed Rogue, I got into the same situation again with more intensity. OK this book was packed with more action which lacked in the first one and the story picks up where it was left off in the first book. I’ve really really enjoyed reading this sequel more than talon because it got full kickass action till the end. I’ve got to give props to Author Kagawa for writing such a minding blowing sequel.

This book contains multiple pov’s which made each characters feelings very clear and realistic that made me more connected to them.In this we get to know more about cobalt aka Riley who once worked for Talon andwhat made him turned Rogue.The first book was more focused on Ember and Garret, but in the sequel it was all about Ember,Riley and Garret.It was strange and weird about how dragons can communicate with humans when they are in the dragon form.It can be predicted that there would be a triangle relationship after how the first book ended.Garret is my favorite character and i will always root for him.

Ember got mixed feelings for both Riley and Garret who are vying for her affections.Honestly I was really irritated with Ember with how irresponsible she is sometimes when she is on the chase from both Talon and St.George.For all the fans out there who like Garret, after reading this you would really hate Ember so much.

The heart wrenching scene at the end left me with tears and i didn’t expected it to turn out like that OMG I feel so sad.

This book got all the action that you wouldn’t want to miss and you get to know more about both Talon’s world and Rogue’s organization.The next book is about St.George and I can’t wait to read it, with this mind blowing sequel, I’m pretty much excited about how the next installment gonna turn out.

One thought on “Rogue (Talon #2) By Julie Kagawa”